Kent, who stars in Bravo’s Vanderpump Rules, and is also engaged to Randall Emmett, the executive producer of 50’s series Power reignited an epic feud between the trio.

For a brief recap, 50 previously slammed both Emmett and Kent, with claims that Emmett owed him money. 50 also posted text messages from Emmett where he not only called him “Fofty” but begged him to stop coming for him and Kent. See all of that here.

Now, months later, the feud has come back up again.

Kent made an appearance on Bravo’s Watch What Happens Live, and was asked what her relationship with 50 Cent is like considering Emmett paid 50 back.

“I feel really badly for Rand at times, because he signed up to be a movie producer. And he just happened to fall for someone who’s very out there and very outspoken. So in the moment I was like, F this… But the whole thing, I think I really dinged Fofty’s ego. In fact I know that, because I have a receipt to prove that.”

She said she would “never post” the alleged receipt because,

“I ain’t beefing unless I’m getting paid on Vanderpump.”

She also confessed that she was happy she actually got under his skin a little.

But she made it clear she’s not comparing her feud with 50 to the epic one between Tupac and Biggie.

We can’t say we’re surprised that 50 had some brutal responses.

It looks like he was just warming up when he wrote,

“What’s wrong with this h*e,  now don’t say she didn’t ask for it when I start tripping.” 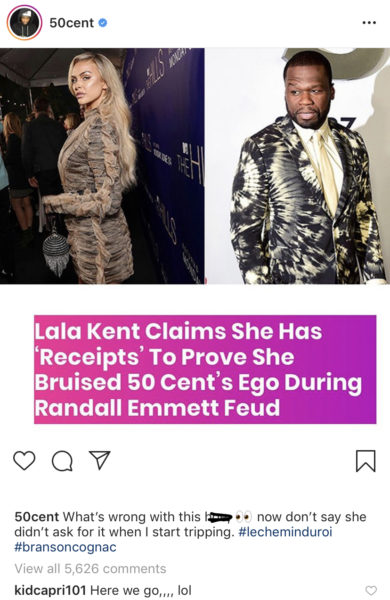 He then called her out for getting too drunk. 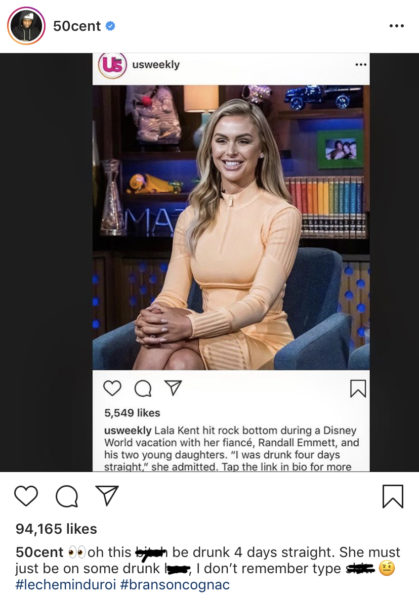 He followed it up with a photo of Kent on her phone while she and Emmett were in bed together and wrote,

“Randell: I’m sorry Fofty this b**** is drunk and high. I told her put that damn phone down she don’t listen. 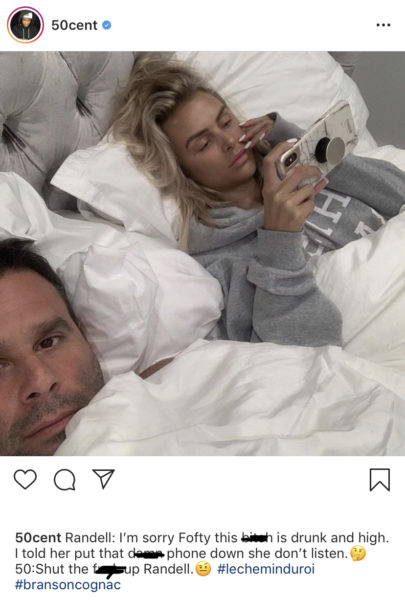 He then came for Emmett and his neck. 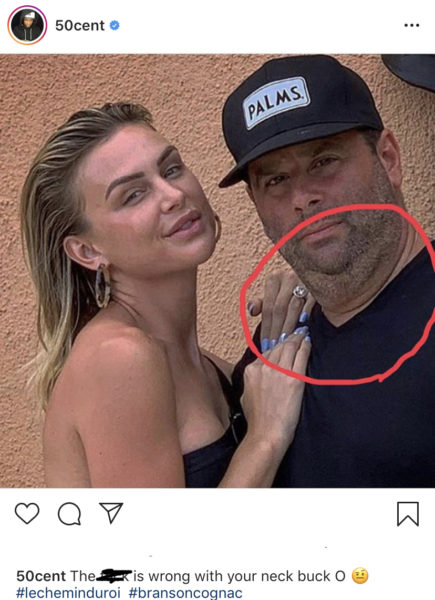 He also reacted to her saying she and Emmett slept together on the first night they met before he made fun of her hair.

????Then he falls in LOVE with the hoe, and they live drunk and high happily ever after. #lecheminduroi #bransoncognac 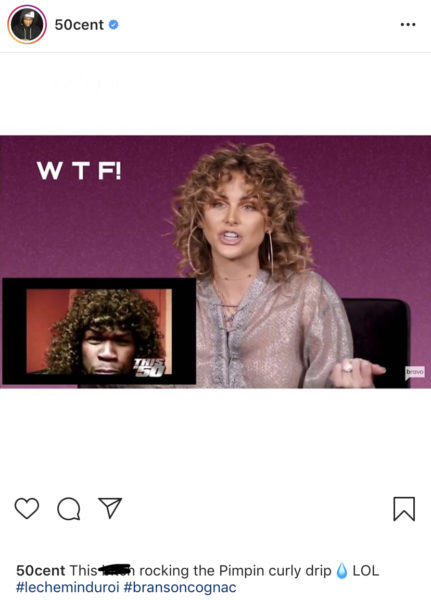 He also brought back the infamous Fofty shirts with screenshots of his text with Emmett. 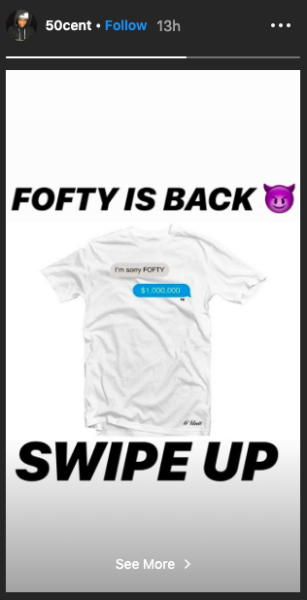 Kent and Emmett haven’t responded to 50 yet.

Who do you think won this round? Tell us in the comments.

Vanessa Simmons Reveals She Is Back On The Board As Pastry Executive: I Feel So Blessed!
Exclusive
Post Slider 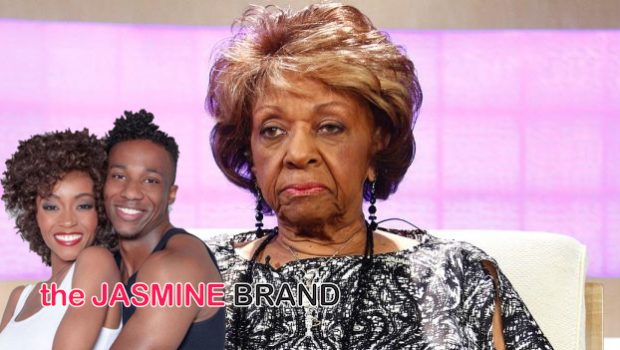 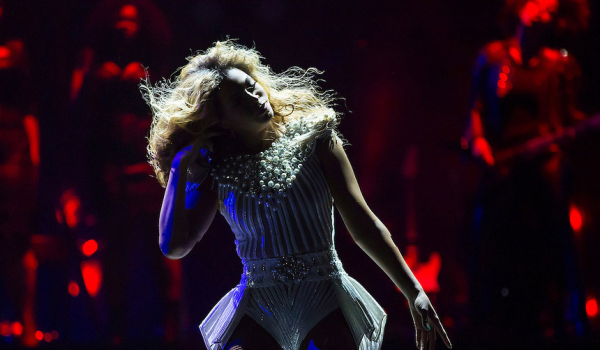