Tyler, The Creator is speaking out, after his friend and music colleague Drake was booed off stage last night (November 10th). As previously reported, Drake was not met with a warm welcome last night at Tyler’s Gnaw festival. The Canadian rapper walked onstage only to be met with a disappointed crowd of fans who expected to see Frank Ocean instead. He was brought as a surprise guest. See the crowd’s reaction below.

In a series of Tweets, Tyler, The Creator says that he thought bringing Drake “one of the biggest artist on the f**ing planet” was “fire”. However he does admit that his decision may have been a bit “tone deaf” with the crowd.

“Yall represented me and FLOG to my guest and made us look soooo entitled and trash.”

He also compared it to “mob mentality” and “cancel culture”. See his tweets below. 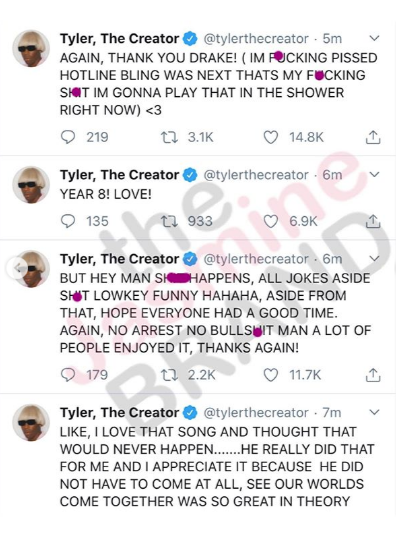 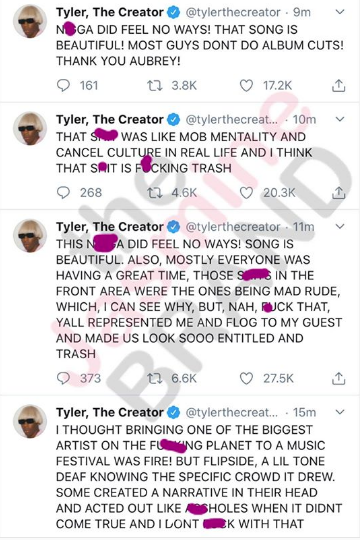 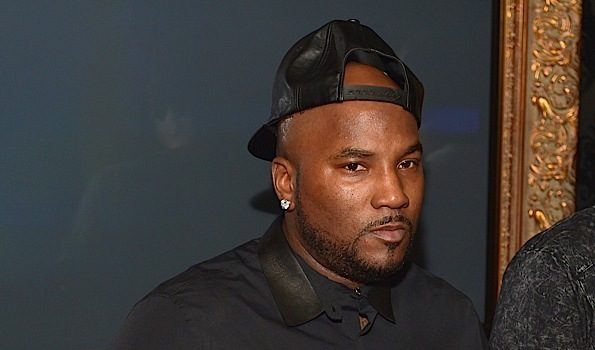