Here we go again! If movie-goers thought the industry was far removed from the 2016 #OscarsSoWhite controversy, they were sadly wrong. The 73rd British Academy Film & Television Arts trended on social media Tuesday (Jan. 7), but not because of the excitement surrounding the ceremony. The award show’s nominees were announced, and there was a noticeable lack of people of color up for awards in the major acting categories, resulting in #BAFTASSoWhite.

Culture commentator April Reign spoke out about BAFTA’s lack of diversity with this tweet:

“I’m not sure that sunsetting awards is the answer. It provides no incentive for the governing bodies (HFPA, Academy, BAFTA, etc) to improve. It also penalizes hardworking filmmakers who deserve to be recognized by their industry and peers. #BAFTASSoWhite #OscarsSoWhite” 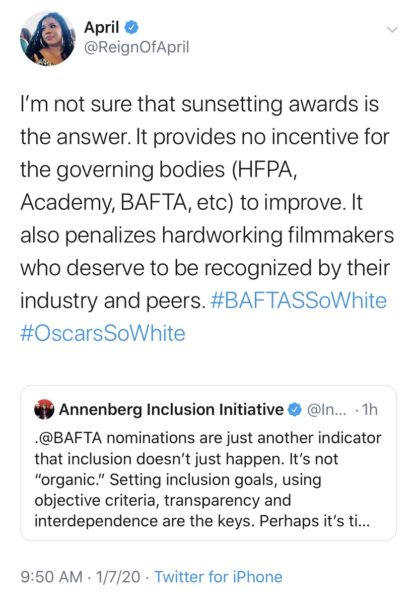 Veteran actor Wendell Pierce even provided a list of bodies of work featuring actors of color that could have been nominated: 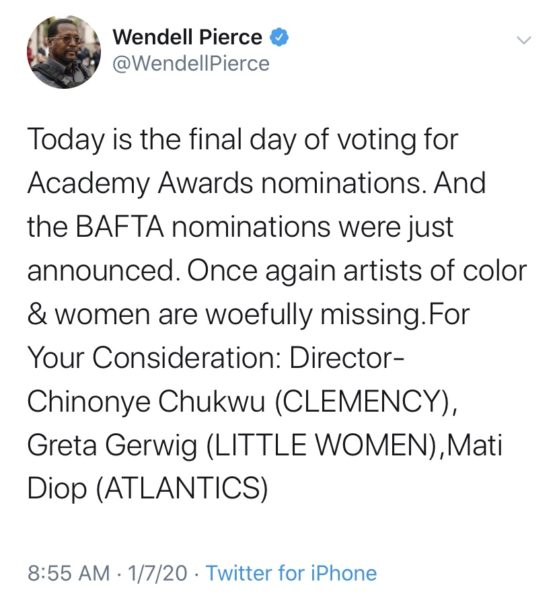 Actress Margot Robbie was even nominated twice in the Supporting Actress category! 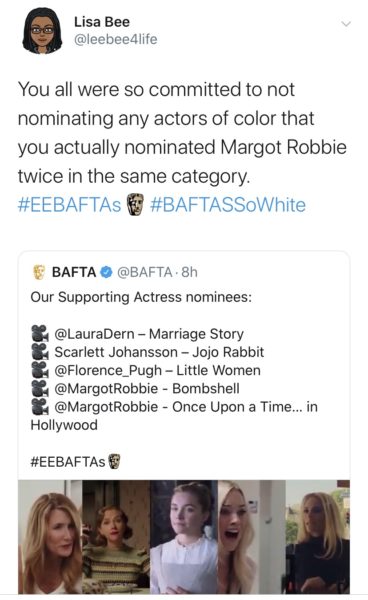 Social media imploded with backlash about the 2020 nominations. 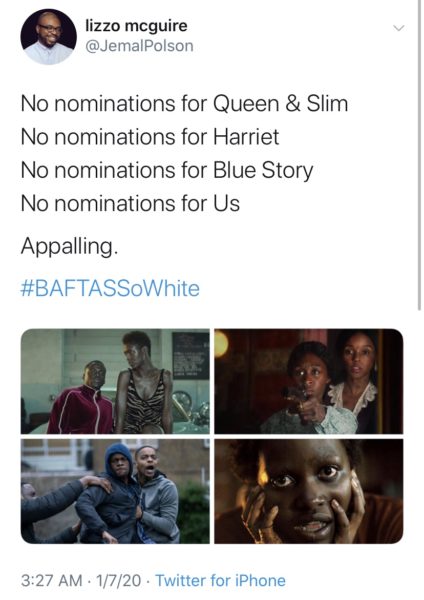 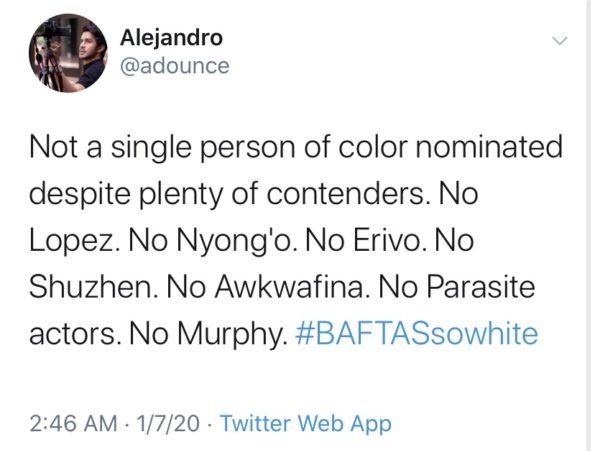 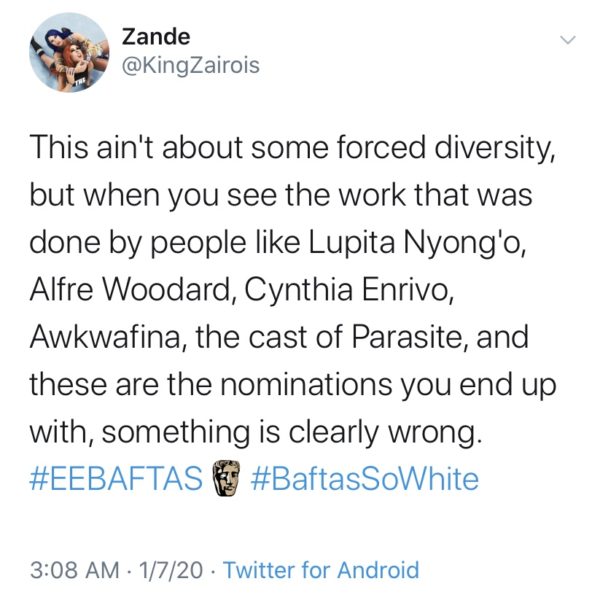 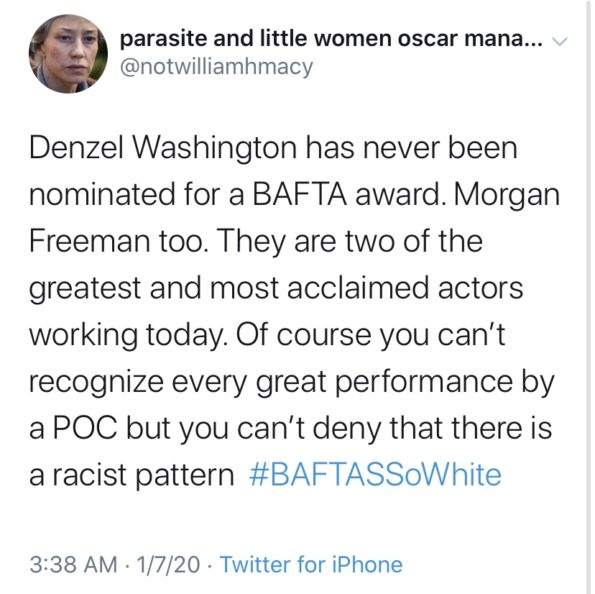 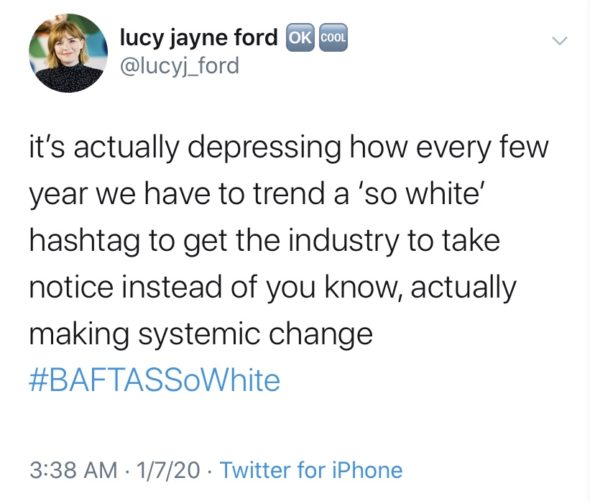 Finally, the CEO of the British Academy Film & Television Arts,  Amanda Berry, commented on the lack of diversity in the awards. She said this in a radio interview, according to Daily Mail:

“If I’m being totally honest…I’m very disappointed…I’m going to totally agree with you because that’s how I felt when I first saw the list and this isn’t being disrespectful to anyone who has been nominated because it’s an incredibly strong list this year.”

“Infuriating lack of diversity in the acting noms. It’s just a frustration that the industry is not moving as fast as certainly the whole BAFTA team would like it to be.”

“We would like there to be more diversity in the nominations, but this continues to be an industry-wide issue. We’d like to see more diverse nominations and we will work harder and push the industry more. But that shouldn’t take away from those who were nominated [this year].”

Are you surprised at this year’s BAFTA nominees? 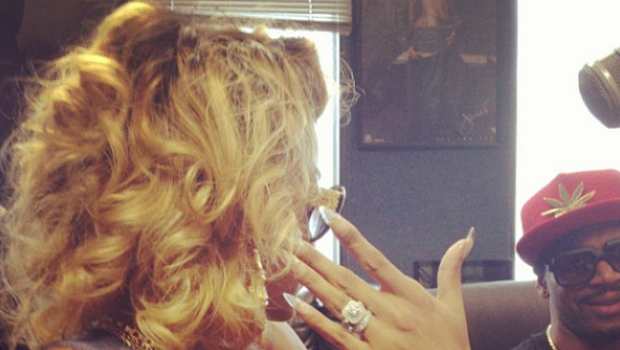 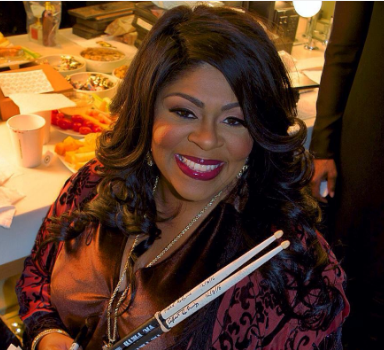 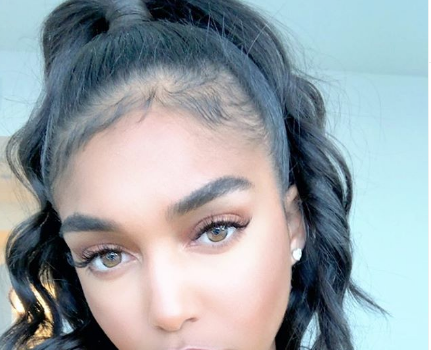