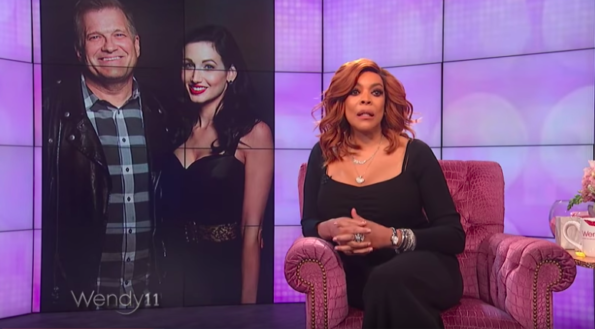 Wendy Williams is making headlines again! Her latest comments upset some fans after she seemed to make fun of the passing of actor and “The Price Is Right” host Drew Carey’s former fiancée.

According to reports, sex therapist Dr. Amie Harwick died after her ex-boyfriend, Gareth Pursehouse, allegedly pushed her from a third-floor balcony. Drew Carey took time to mourn by canceling “The Prince Is Right” tapings.

Still, Wendy Williams seemed to joke about it when she referenced the iconic “come on down” line from “The Price Is Right.”

#WendyWilliams is receiving some backlash for a joke she made while reporting on the death of #DrewCarey’a ex #AmieHarwick pic.twitter.com/WytXa9uII1

And Twitter birthed the hashtag #CancelWendyWilliams because of it

If she can joke about a murder victim, make fun of someone with a cleft palate, and tell the gay community to leave skirts and heels to the women, we can push right back. Remember when she took that fall on air? “Wendy Williams, come on down!”#CancelWendyWilliams pic.twitter.com/WIgaTJTYjr 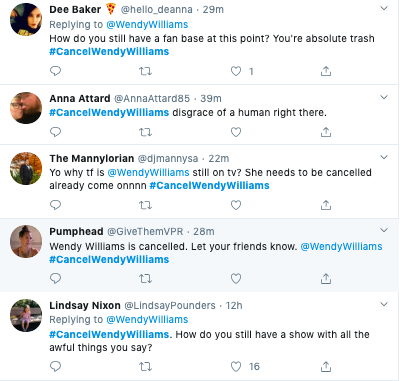 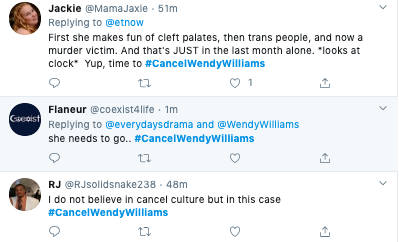 She has yet to clarify the reference. But it comes just days after she sparked outrage by some over her comments about gay men.

“And stop wearing our skirts and our heels. Just saying, girls, what do we have for ourselves?… They’ll never get the menopause, I got the menopause, I still got dry under nose, the pimple in my dimple disappeared, but… looky here now, gay men, you’ll never be the women that we are. No matter how gay sir.” 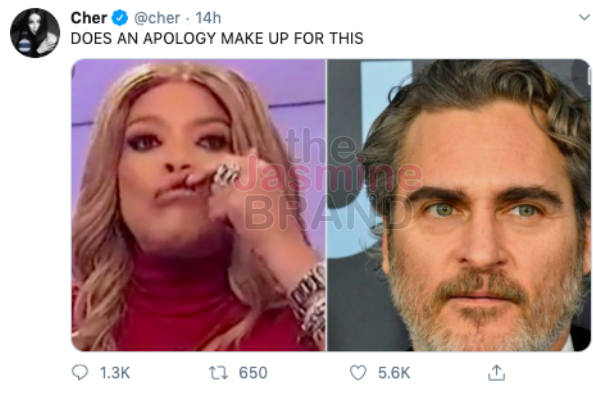 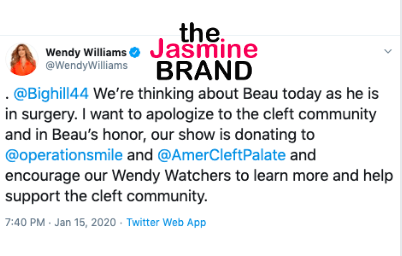 What do you think about Wendy Williams’s “Price Is Right” reference? Tell us in the comments. 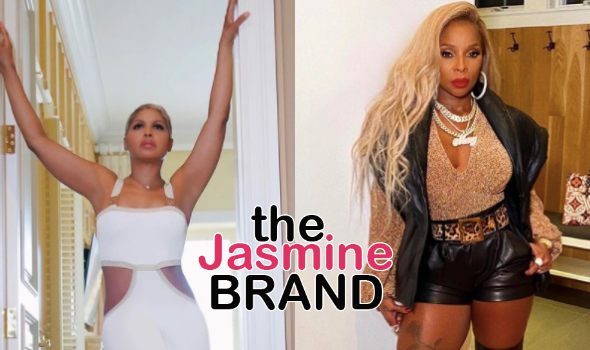 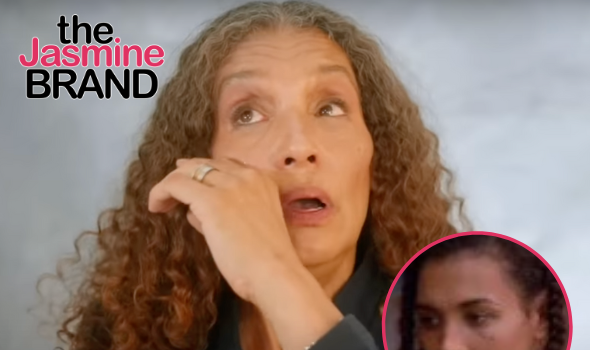