22-year-old Naomi Osaka is getting to the money!  According to reports, the young tennis start racked in over $37 million in earnings this past year, making her the highest paid female athlete in history!

In 2018, Naomi Osaka defeated 4X Olympic gold medalist and arguably, the greatest women’s tennis player of all time, Serena Williams, in the US Open.

Serena Williams and her sister Venus Williams were taught to play tennis at a very early age by their father, Richard Williams.  They are currently regarded as two of the most decorated and best players of all time.

Naomi Osaka spoke in an interview in regards to her tennis idols.  She stated,

“The first time I was very star-struck, probably seeing Serena for the first time.  I said how much I loved her in an interview and then the tournament just, like set up this, basically a fan meeting for me.”

She continues on to say,

“She came and hugged me and I was like ‘Aww, this is awesome'”

Naomi, who is of Haitian and Japanese decent, pulled in $37.4 million dollars in the last 12 months from prize money and endorsements, which surpassed Serena Williams by $1.4 million.  Her love for Serena is so profound as shown by her several posts of the two of them together.  On one photo caption, Naomi shares,

Naomi is young, famous and raking in a lot of cash.  She is currently dating rapper, YBN Cordae.  Last year, the tennis star professed her love for her boyfriend, saying,

“Very grateful you’re in my life, always learning from you, always inspired by you. Also, always VERY entertained by you lol. Love ya kid”

In a recent Instagram post, Naomi shared her growth after visiting the Ellen Degeneres show again.  Underneath the caption, YBN Cordae shares what a lot of people are probably thinking. 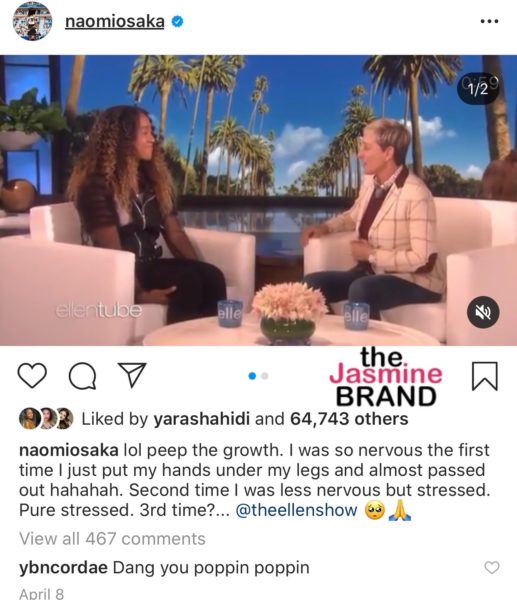 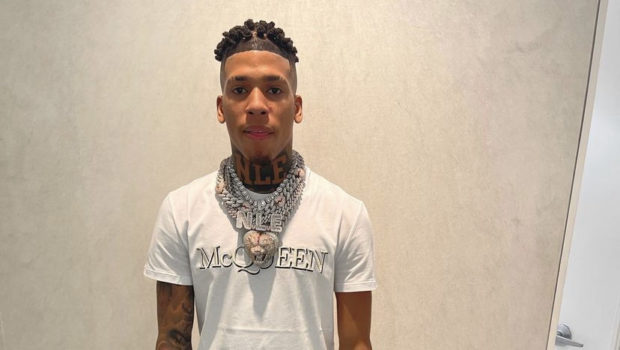