Update #2 (April 13th): The stripper who called out Usher for throwing fake dollars with his face on them has spoken out after her accusations caused her and the singer to go viral.

She wrote on her Instagram stories while being a trending topic,

“y’all hilarious I’m entitled to ask any question I want!! I literally asked a question and y’all ran with it.”

“If funny money is being thrown at an establishment where girls dance for $. It should have a trade in value period…”

“but nvm lemme [‘Shh’ Emoji] it was left behind for ‘promo'” 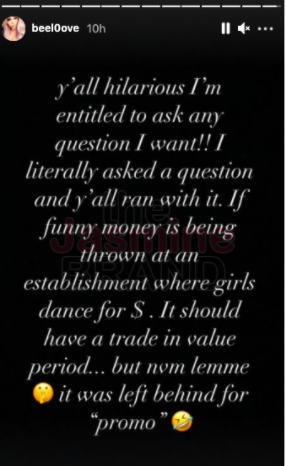 Meanwhile, the owner of the Las Vegas venue, Sapphire Gentleman’s Club, has spoken out as well.

“I thought it was a joke when I first heard about it. I guess part of his entourage came in with a briefcase full of these ‘Ushbucks’ and they were passing them around. Now I’m getting all these calls from all these different news outlets interested in what happened.”

He adds that Usher vowed to come back in to “make things right” before his residency kicks off in July.

“The $100 bills created a lot of excitement because they look so much like real bills. But this wouldn’t have created a problem, except some of our entertainers tried to cash them in at the cage where we make all of our transactions. That’s when the pedal hit the metal, so to speak.”

He also says Usher “left a lot of real money,” and “bought a lot of ‘Dance Dollars,’ which we do create and use in the club.”

He goes on to say Usher and his team spent lots of real money on “very expensive liquor bottles.”

He concludes and says the Climax singer is still welcome at his establishment.

“We’ll have him back in the club, and we would love to host him again. He was a gentleman, and he spent a lot of money in here. It was just an unusual party experience.”

Original Story (April 12th): Usher is being accused of literally using his own money to give to strippers at a club.

He was called out on Instagram as a social media user asked,

“What would you ladies do if you danced all night for Usher and he threw this???”

The question came with a handful of fake $100 bills that featured the U Remind Me singer’s face.

She also made it clear,

“& the money does not have a trade in value what so ever ! LMAO don’t y’all think he should be blasted on social media for this s***” 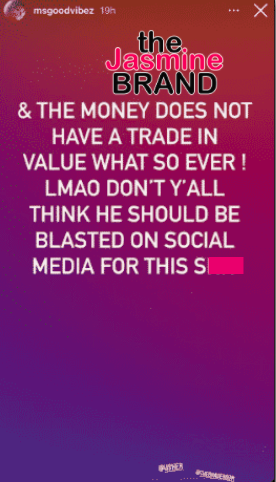 Usher appeared to respond when he shared a photo of him wearing a top hat with a ton of actual $1 bills. 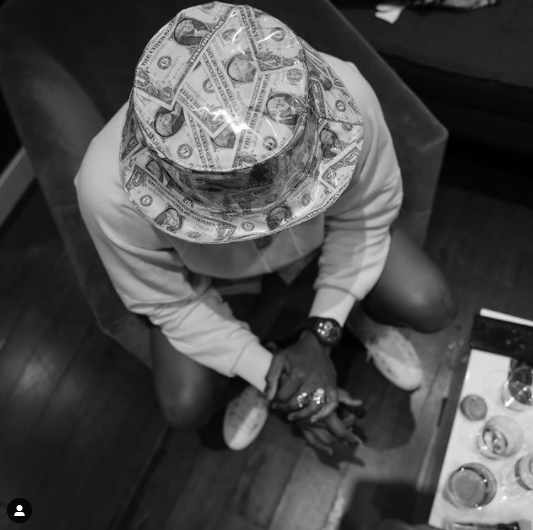 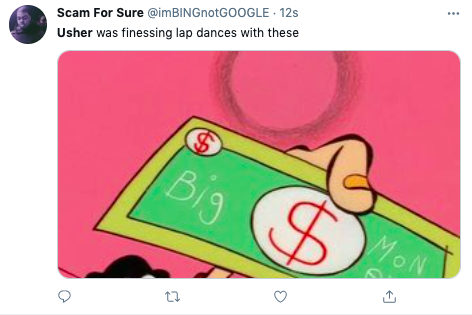 What are your thoughts on Usher allegedly throwing fake money? Comment and let us know. 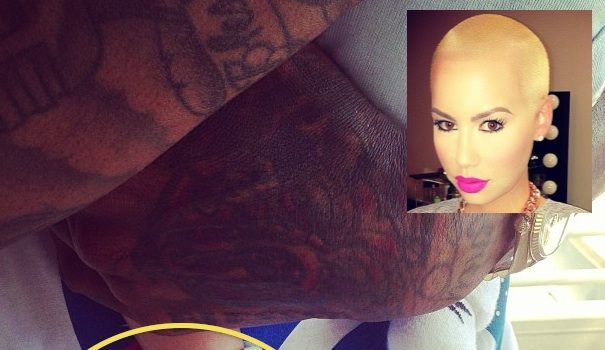