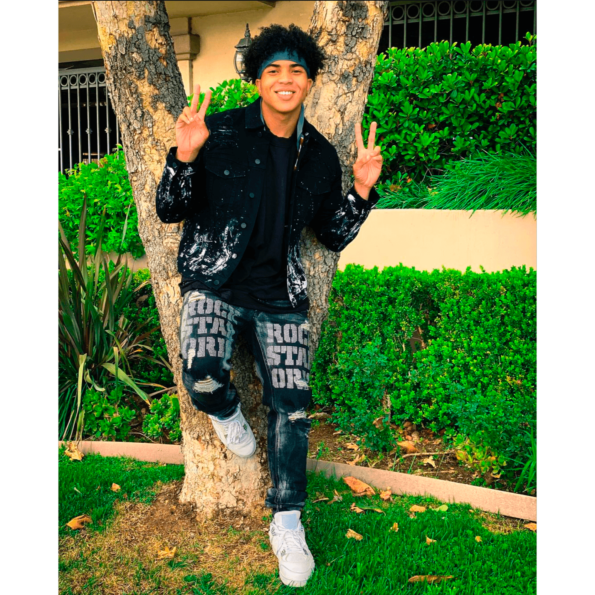 TikTok influencer La’Ron Hines is making waves on the internet and beyond with his Are You Smart? videos. In an exclusive interview with theJasmineBRAND, he dished on how it all happened.

At the start of the pandemic, La’Ron Hines’ family moved from Los Angeles to Mississippi to be closer to relatives. While helping out at his family’s daycare, he noticed the kid’s comical interactions with staff and each other. Inspired by the long-running series ‘Kids Say The Darndest Things,’ La’Ron Hines said he realized how ‘cute and fun’ it would be to create and share videos of the children’s responses to questions he asked them. La’Ron shared that this was his way of “lifting people’s spirits in the given circumstances we had at the moment.”

“It was a few videos in” when La’Ron realized the popularity of the videos. He told us:

“Whenever I did the series, it was such a success on my channel. My content before had nothing to do with kids, and to see it have that much success, it made me realize this is something people would love to see.”

When asked how children are selected to participate in the videos, La’Ron answered:

“One, if their parents are okay with them being in the videos. And… two, like just the kids I talk to and I see the personalities come out of them, like the super creative ones with big personalities…the ones that will talk your head off basically.”

Not only does he ensure he has parental consent for the children’s participation, he also finds it extremely important that the children have their own platforms as media influencers.

“More so, I made sure that it was a thing for them because I really wanted them to benefit from the success of the show.”

Jabria, La’Ron’s Godsister, is one of the fan favorites on the series. La’Ron Hines said the personality we see on camera is how she is 24/7.

“The camera is just an accessory.”

Before starting the beloved series, La’Ron had already acquired a large fan base of 1 million followers. After the start of the series less than a year ago, he’s gained an additional 6 million + followers and has garnered more than 200 million likes. With the large platform, La’Ron admits to sometimes feeling pressure around figuring out how to continue with his success.

“It makes you only want to do a certain type of content, but you don’t want people to get bored with it so you have to find ways to spice it up and make it different. You don’t want to lean too far away from what you’ve been doing already otherwise people won’t like it as much as they did before.”

La’Ron is also an aspiring actor, singer, and dancer. Along with the ‘Are You Smart’ series, La’Ron shares videos showcasing his talents. He revealed “there are some things in the works,” and that he’s currently working on an EP. When asked who he’d like to collaborate with musically, he shared he’d love to work with Drake, Jhené Aiko, and Giveon.

Speaking of ‘things in the works,’ La’Ron was contacted by a production staff member from the Golden Globes to create a video for the award show hosted by Amy Poehler and Tina Fey. La’Ron expressed his excitement for the opportunity and said:

“It was a big moment for me to find out they love my videos.”

After the Golden Globes opportunity, La’Ron said the children really began to realize their media influence. They have been asked to take pictures with fans, and are even receiving individual opportunities to participate in other ventures.

TikTok is an amazing app to use for content creators and has helped launch a lot of careers for creatives like La’Ron, but the app’s lack of exposure of black creatives on their ‘For You’ page has received harsh criticism. In the interview, La’Ron shared that he has a black friend who posted a video on the platform using the N-word and TikTok removed the video. La’Ron said, on the other hand, he’s seen videos made by ‘non-black’ counterparts using the N-word on the same platform, and yet their videos are still viewable.

According to La’Ron, TikTok is making an effort to improve relations with black creatives by allowing them the opportunity to sit with TikTok employees to ask questions and express concerns that will make the platform more “suitable to them.”

Of course, the conversation wouldn’t be complete if we didn’t find ask about La’Ron’s signature headbands. He said he was looking for an accessory at the time because he felt like “something was missing.” He said he splurged on a ton of them after he realized he liked the look.

La’Ron may be young and is still adjusting to fame, but as a successful media influencer, he has three gems for people of all ages aspiring to become media influencers that will definitely make a difference in how people approach their content. He advises creators to: “stay consistent, post what you like, & don’t do it for the followers.”

What are your thoughts on the interview with TikToker La’Ron Hines? Comment below and let us know!