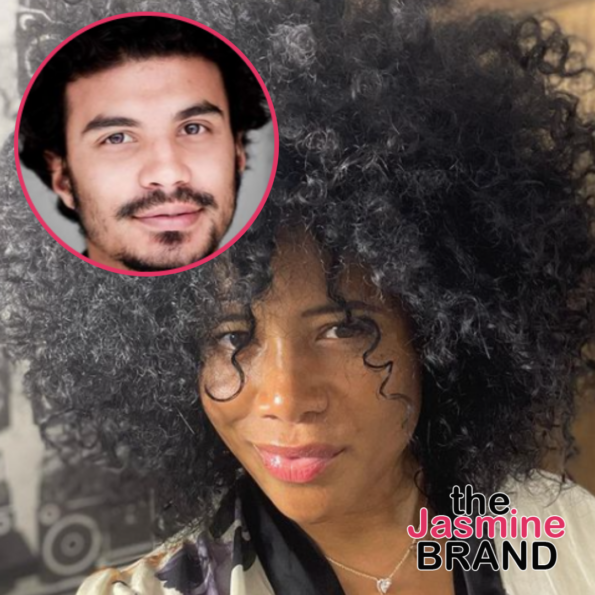 Update #1 (Oct. 7): Mike Mora, the husband of singer and chef Kelis is thanking fans for their love and support after he revealed he has been diagnosed with stage four stomach cancer.

“It has been incredibly overwhelming. Receiving all the love and words of encouragement. I am so grateful. It’s been emotional. But overall I think it’s making me stronger.”

“I have tried to respond to all messages. If I have not, please forgive me. I have never had so many messages in my life. [Love] to all. The story will continue.” 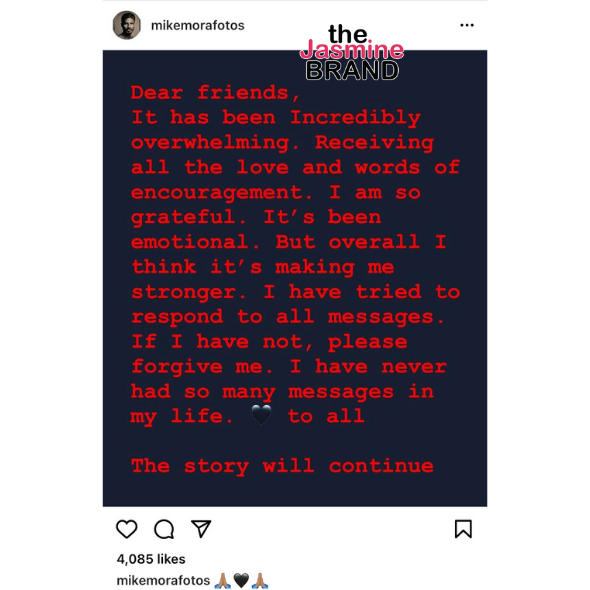 Kelis has remained silent publicly on the news.

“That Sunday morning, I remember a lady doctor walking in. And several more. They told me I had gastric adenocarcinoma, in simpler terms – stomach cancer. Stage 4 to make it more exciting.”

“I was told that people with my disease, in this phase, don’t make it past 18 months. It’s been exactly 12.” 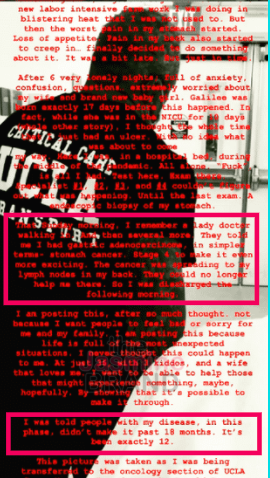 In another post, he shared a picture of an IV attached to his arm. He captioned the image,

“II am posting this…after so much thought. Many hours thinking of what the right thing to do is. Not because of a selfish reason. not because I want people to feel bad or sorry for me and my family. I am posting this because life is full of the most unexpected situations. I never thought this could happen to me.”

“At just 36, with 3 kiddos, and a wife that loves me. I want to be able to help those that might be experiencing something like this- a life altering disease full of questions and doubt- maybe, hopefully. By showing that it’s possible to make it through. You always see people post about how life is too short. How you should reach out to those you love no matter where life has taken you. It is the truth.”

“Don’t take your time here, your time with friends, family, for granted. S*** can be over just like that! This was the first of many, many more iv’s and needles to be pricked on my arm…

The story will continue..
Love you @kelis” 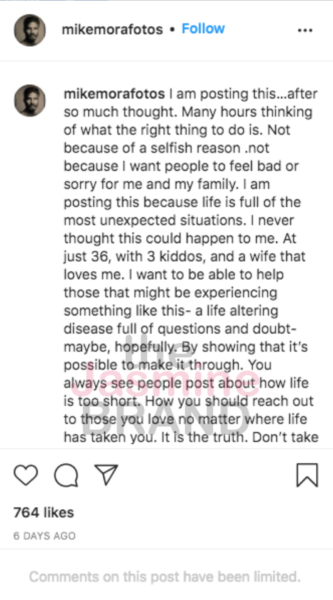 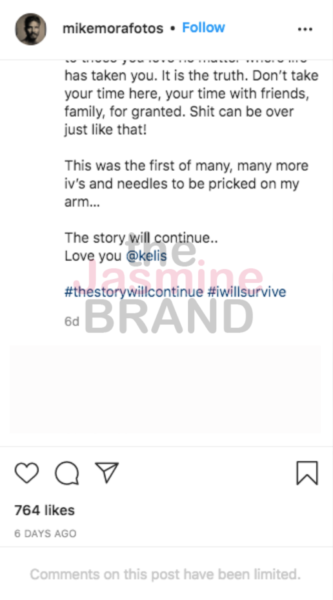 Kelis married Mike in 2014. Their first child, a son named Shepherd Mora, was born in 2015. Their daughter, Galilee Mora, was born last September. Kelis also shares a son, 12-year-old Knight Jones, with her ex-husband rapper Nas. Kelis has yet to speak on her husband’s diagnosis. 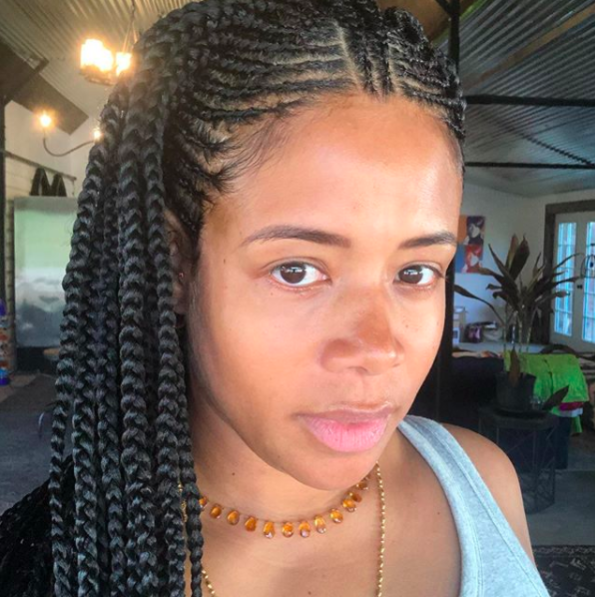 Our thoughts and prayers and with Kelis and her husband, Mike Mora, during this time. 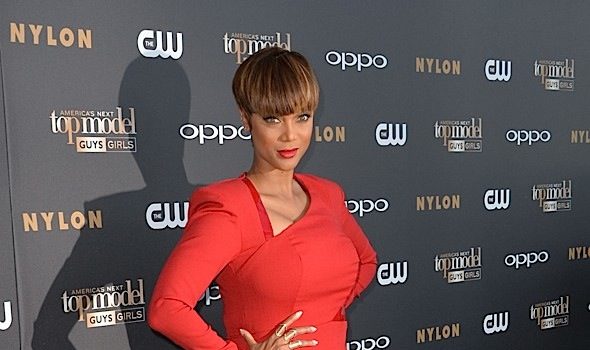 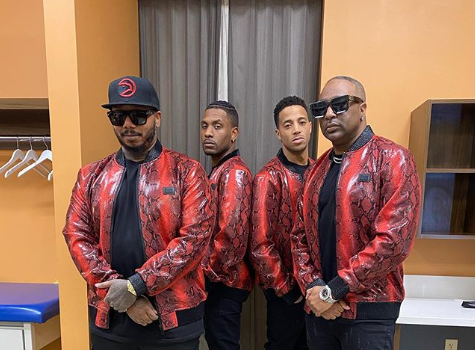 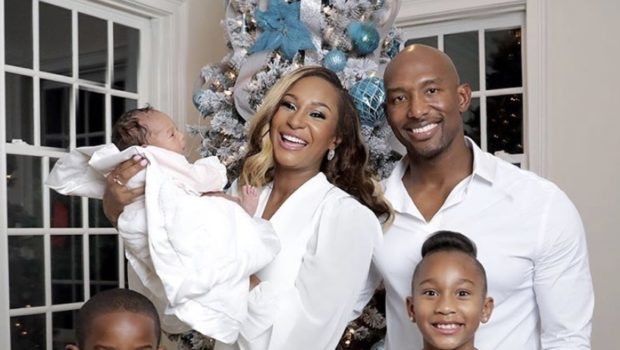