Cardi B is standing her ground after being constantly harassed by someone on Twitter.

Cardi B, born Belcalis Almánzar, is doing what she can to protect herself against cyberbullying and harassment. Recently the 29-year-old rapper shared that she’s gathered over 50 tweets from someone online who has been sending her concerning comments. She added that her harasser shared images of his genitals online and made a fake Instagram account pretending to be her father. 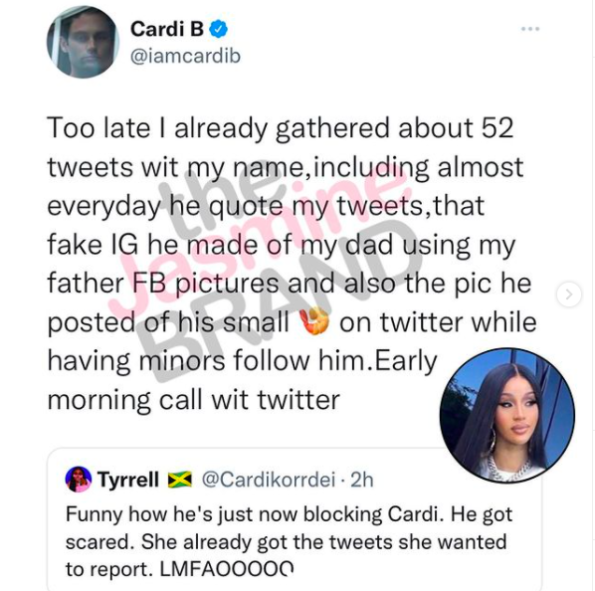 Cardi B then shared that she has a meeting with Twitter soon to hopefully bring an end to the harassment she’s been dealing with. 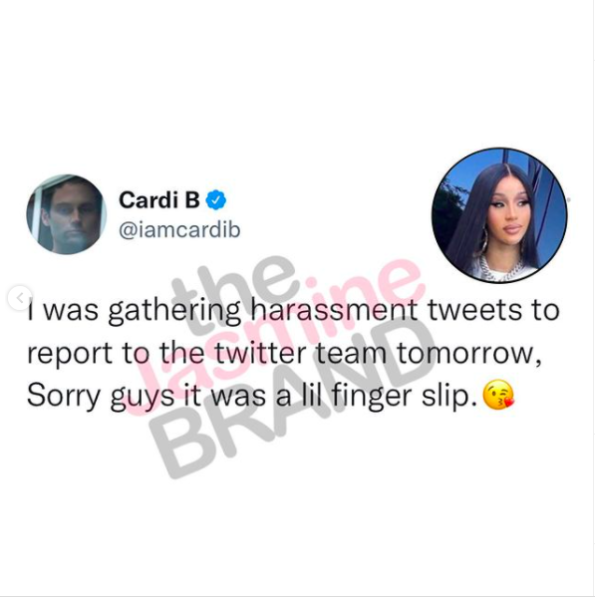 Cardi B has since deleted her tweets where she called out the person harassing her. However, the ‘WAP’ rapper did retweet a comment from a fan applauding her for taking action on the issue. 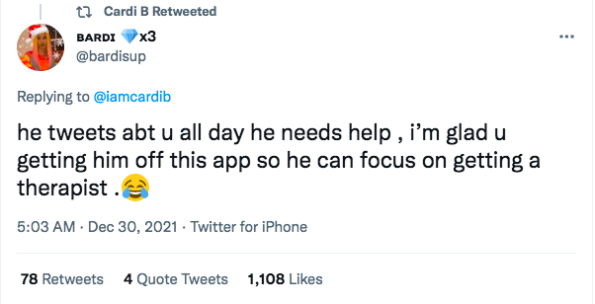 It’s unclear who Cardi is talking about exactly but many people speculate that the person in question is a Twitter user with the handle @ honest_papi. The Twitter account has multiple tweets that appear to be addressing Cardi and her claims. 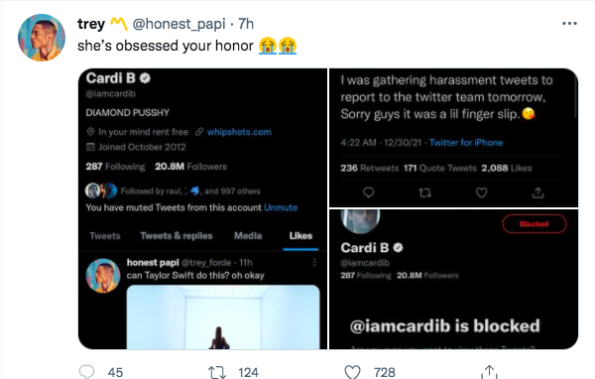 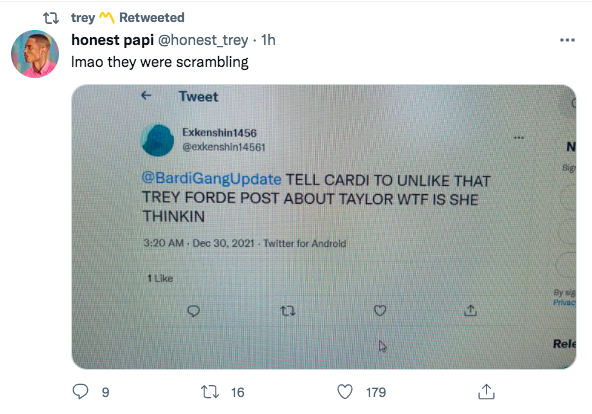 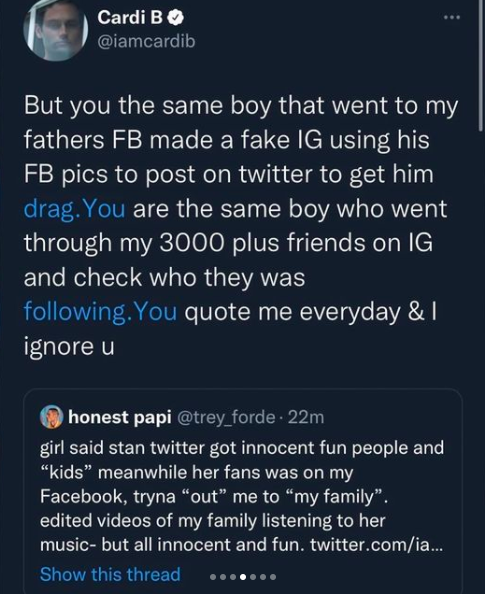 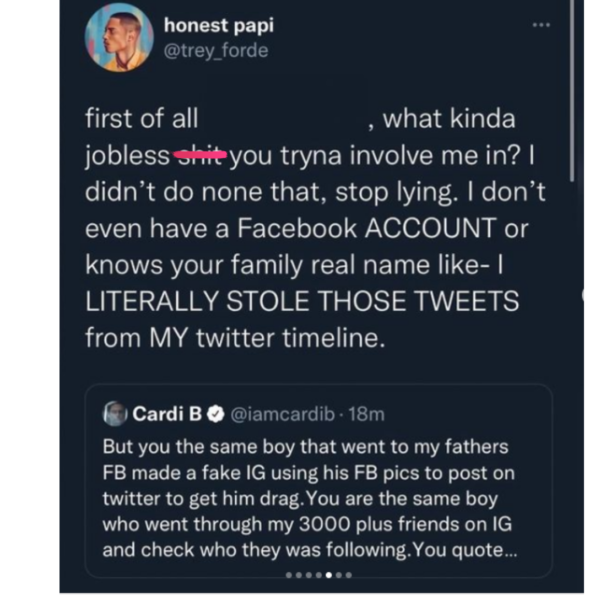 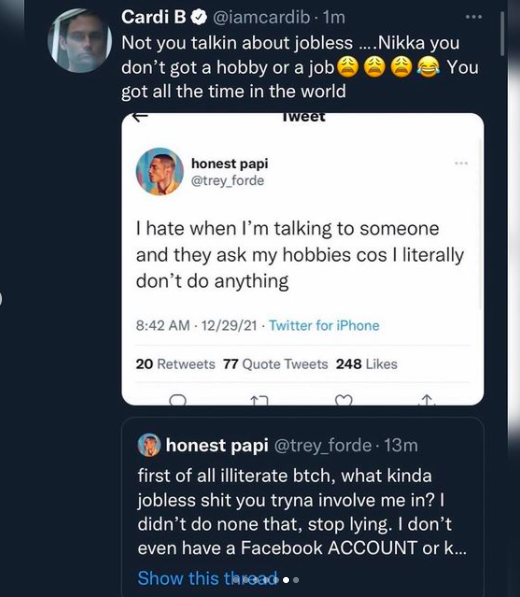 What are your thoughts on this entire situation? How should celebs handle being harassed on social media? Tell us below! 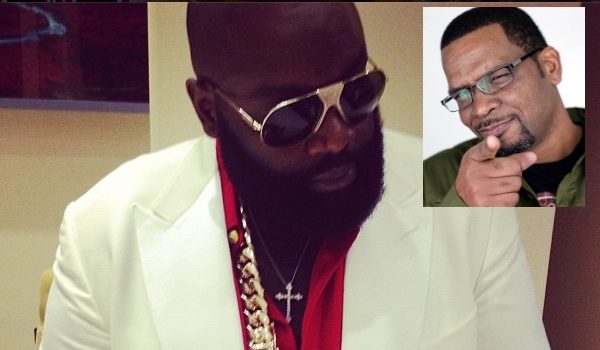