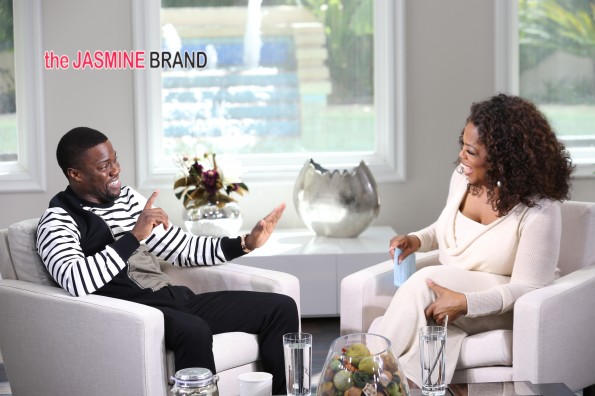 Kevin Hart bares all, as he does his first sit-down with Oprah Winfrey, on her OWN series, ‘Oprah Prime‘. The 34-year-old self proclaimed ‘Comedic Rock Star‘ shared additional insight on his late mother (who died of cancer), blowing a TON of money early on when he was trying to become an actor and cheating on his ex-wife, Torrei Hart. Check out a few excerpts of some of our favorite parts of their conversation.
Feeling the spirit of his late mother: 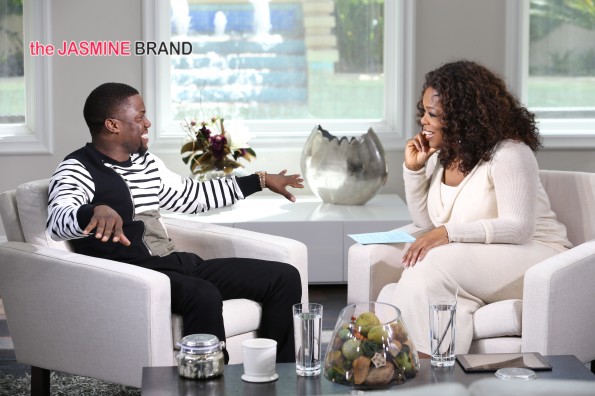 His mother supporting him financially, at the beginning of his career:

You got a year. you have one year to prove to me this is what you wanna do and you can support yourself…

Leaving Philadelphia to pursue his dreams in Los Angeles:

Without a plan, I just picked..I said, In LA is where the opportunities are.

Blowing and losing money early in his career:

You don’t know where it goes. You’re young. You know nothing about taxes. You’e taking care of people. Giving money out. You have no idea.

If he feels successful:

I would be a fool to say I don’t…But there’s more. There’s so much more. I can’t sit across from you and not want what you have. It’s reachable.

Relationship with his Ex-Wife Torrei Hart

Me and my ex wife are great now….

Being unfaithful in his first marriage, teaching him a lesson:

Plans for marriage with girlfriend, Eniko:

Five years now. It does matter. There was def a chip on my shoulder bc of the way my first one ended. But there’s a certain magical thing that comes with marriage. I will say, that with my lady now, I have something special….It’s definitely thought. Marriage definitely a thought. 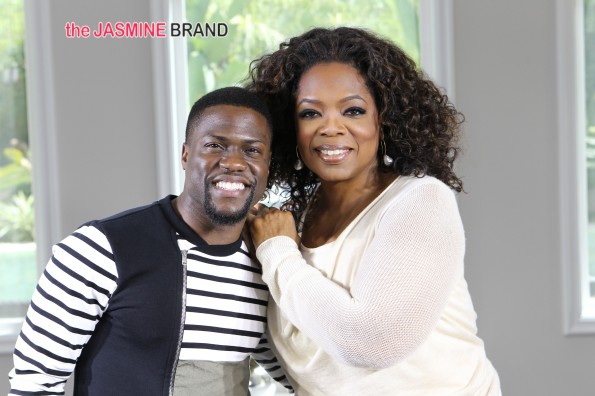 Watch a clip of Kevin sharing a lesson his mom taught him about reading the bible.

Malcolm-Jamal Warner Talks Break-Up with Regina King: ‘Our break-up got more coverage than our being together.’
Exclusive
Post Slider