Dame Dash has never been one to mince words. The 46-year-old outspoken entrepreneur soared to success in the 90’s alongside JAY-Z and Kareem Biggs, with Roc-A-Fella Records launching the careers of some of the most popular hip-hop artists to date. Years later, Dash is still expanding his portfolio. Recently, the New York native discussed his tenure and success at Roc-A-Fella, the code he lives by, his battle with diabetes and newest platform, ‘Dash Diabetes.’ Check out the excerpts below.

On paving the way for today’s generation:

Definitely, I did it on purpose and it’s been a long time coming. For years, logically speaking, it didn’t make any sense for us to be doing all of the work and not have ownership or anything to pass down to our family. I’ve always articulated that, but because of people’s fear, they’ve always turned their back on me or looked the other way. When I was young, I read the Bible, and I already knew what it meant to be the good guy — and look what happened to Jesus. So, I already understood that you get ridiculed for telling the truth, and I’ve always been aware of that. But, I’m a guy with confidence, and I’m not afraid. I always approach logic without emotion. The math always equals the math.

Regardless of whether I discovered the math before anyone else, or I just decided to accept it, I know what logically makes sense and I’m going to speak on it every time. If people aren’t listening, then I like to have fun with it, especially with people who exploit or take advantage of people who don’t understand. My delivery can be intense, but it’s intense because I need to be heard. I know that people don’t usually listen, as it relates to constructive criticism, without getting offended. So, I speak my mind with an attitude that I don’t care if you get offended, I just want you to get the message.

On the code and guiding principles he lives by:

For me, It’s about respect and being honest. If you say you’re going to do something, do it. If you bring someone around, then you’re accountable for them. If you sign on to do something and we have an understanding, I don’t care who it is, our word is bond and that’s what we abide by. I’ve been involved in a lot of situations where that was compromised, and I walked away from it. In corporate America, you’re almost required to have no integrity. There’s too much smacking in the face and bending over. I can’t do that. I will never survive in the corporate environment, because I can’t be told what to do. I also can’t accept doing something that goes against my morals or principles. I have too much pride. I’ve fought too much, and fought enough to make sure I always get the respect I deserve. Flavor doesn’t look for attention. I know what I do, and why I do it.

My worth is not defined by accolades. I do things because I want to, and I love it. What’s meant to be, will be. If you fight for the culture, you’re going to get scrutinized. You’re going to get rocks thrown at you. You’re going to get crucified. All of the people that are cutting corners and cheating will always try to make it look like something that it’s not. That’s what’s great about the millennial generation — there’s cameras everywhere. You can say what you want, but everything is documented, so you can’t escape the truth.

On if he planned to leave the music business:

I never wanted to stay in the music business, so I left. The music business was like High School to me, and there was no real money in the music business. I did not want to sit around nerds all day. I saw people with the same jobs for 20 years, all hanging out with each other, all being yes-men to each other with no morals. Character didn’t matter as long as you were doing well. I saw people only loyal to success in the moment. I also saw a lot of people getting robbed, and a lot of people who looked independent, but as soon as they got around corporate, they lost it all. Then, I didn’t see any true longevity; it wasn’t sustainable. The rap demographic is 15-25. Anything over that, you’re being irresponsible. How could you be presenting a reckless lifestyle or delivering messages that are unproductive for the culture and feel good about yourself?

On how he measured success at Roc-A-Fella:

I didn’t measure the success, because it was a stepping stone for me and I always knew that. I haven’t reached the pinnacle yet. To me, Rocafella was the lowest benchmark. I made the least amount of money from music. The funny thing is that when everybody was calling me out and saying I was broke, is actually when I had the most money. It’s funny because Hip Hop, and Urban music as a whole, is about living a flashy lifestyle. It’s a lot of insecurity and pretending you’re something that you’re not. When you’re rich, you’re broke. When you pretend you’re tough, you’re soft. When you pretend you’re cool, you’re corny. I don’t know what’s going on in Hip Hop right now. I never bought into that, it’s just something I was passionate about and wanted to do. Once I did it, I was out. Once you introduce a Kanye, a Jay Z, or a Cam’Ron to the world, what else are you supposed to do? After Hip Hop, I went into Rock music and put out Blak Roc independently. Then, I went into Jazz. After that, I opened DD172, which was a creative collective and art gallery. That was before everyone was into art or having these global conversations about creators. I do these things to set the trend and open the door so other people can do it. I know who I am, and I know my power.

If I tell people to do something, they may not catch on now, but they will do it years later. I believe I’m the DNA of the millennial generation. I’m the guy who opened the collectives, went and got the art, and got the Canon 5D’s to let shooters go create content. I created the webisode. If you look at Blak Roc, I built the website, and put out webisodes. The same with Creative Control. I do things more for fun and what makes me happy — not for perception. A lot of people live for what other people think. I live for what makes me happy and I have to be proud of myself.

On being a diabetic and his newest venture Dash Diabetes:

I’m diabetic, and one of the reasons I wasn’t extremely vocal about my battle with diabetes is because I didn’t have it all the way under control. But, when I got with Afrezza, which is an inhalable insulin instead of a needle, it gives you more control. It doesn’t take an hour and half to hit your body like using a needle does, it takes effect in 15 minutes. I was able to control my insulin and get to a level seven, which I was never able to do prior. Once that happened, I realized I can be as norman and imperfect as anyone, but still be in control of my health. That made me feel empowered to speak on it and share my experiences. This network was always on my ‘did that’ list. Once I had the capital, I wanted to create an entire network dedicated to Diabetes, bringing attention and awareness to it. Then, I found a sponsor, which provides support, but I still own the platform and the content. It just made sense at this point in my life, during this chapter of my evolution, to do something that will help people other than myself.

I always wanted to show people that yes, this is one of my greatest weaknesses, but here’s how to make it a strength. I’m going to show you how to look good doing it. If you were just diagnosed at 15, this is what you can look like at 46, because I’m diabetic. You only have one life to live. I was pretty lucky when I found out, because I thought it was something much worse. When I was told I was diabetic, instead of seeing it as a curse, I looked at it like a blessing. I started losing weight, people started getting concerned, and it felt like I was dying — but, it was Diabetes. So, I viewed the diagnosis as a second chance at life. From that point, I embraced it and lived life to the fullest. It never stopped me or became a distraction. I can step in shit and make history, and I have diabetes. I want to show people whta that looks like. I think I’m the coolest person in the world, so I believe other people will be able to look at this and feel cool and empowered despite being diabetic. Everyday, I get direct messages and emails saying that I helped save lives or people who suffered from diabetic depression that find hope and strength through seeing what we’re doing. We’re helping people every day just by living and sharing what I’m learning everyday. 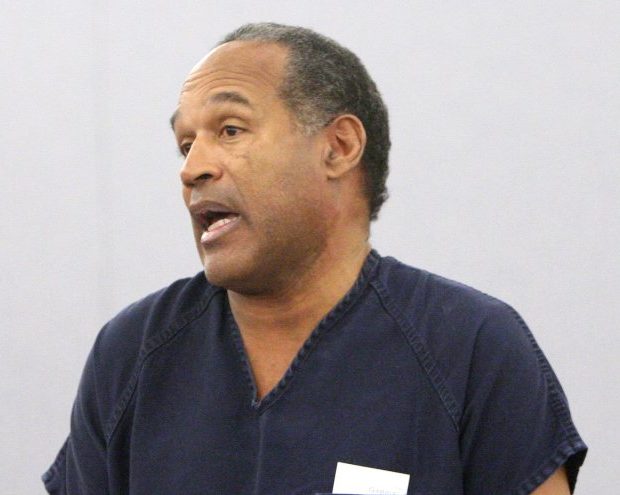 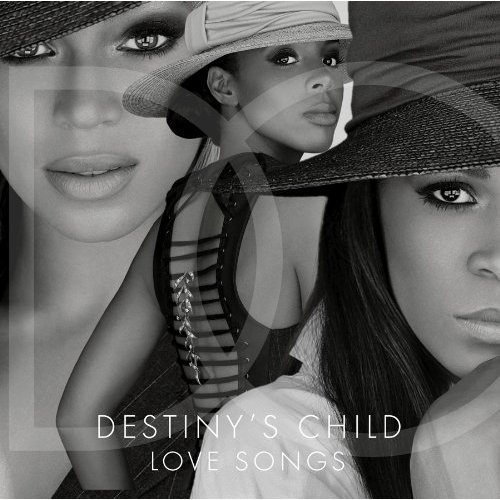 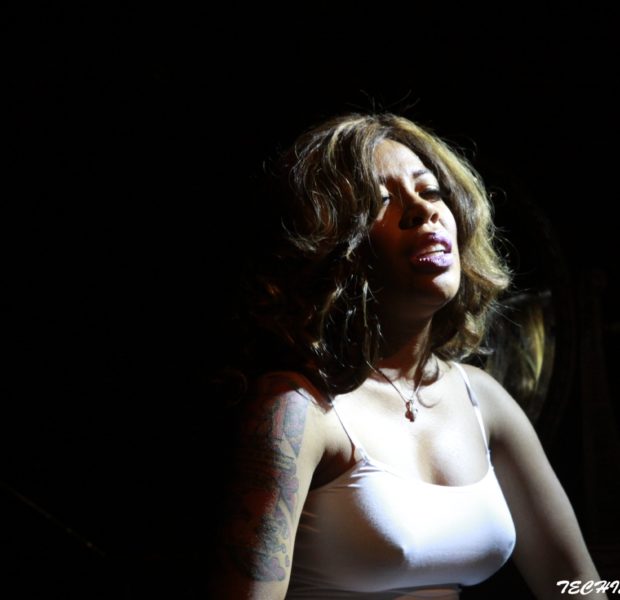 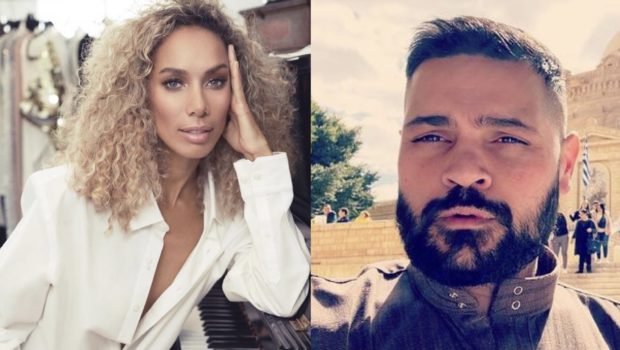