Earlier this week, rapper Meek Mill called out popular Las Vegas hotel, The Cosmopolitan, for allegedly discriminating against him because he’s black. The situation got so intense that fellow rapper 50 Cent stated that he planned to boycott the hotel due to Mill’s claims of mistreatment. Now, The Cosmopolitan is reportedly planning to publicly apologize to the Philly rapper. 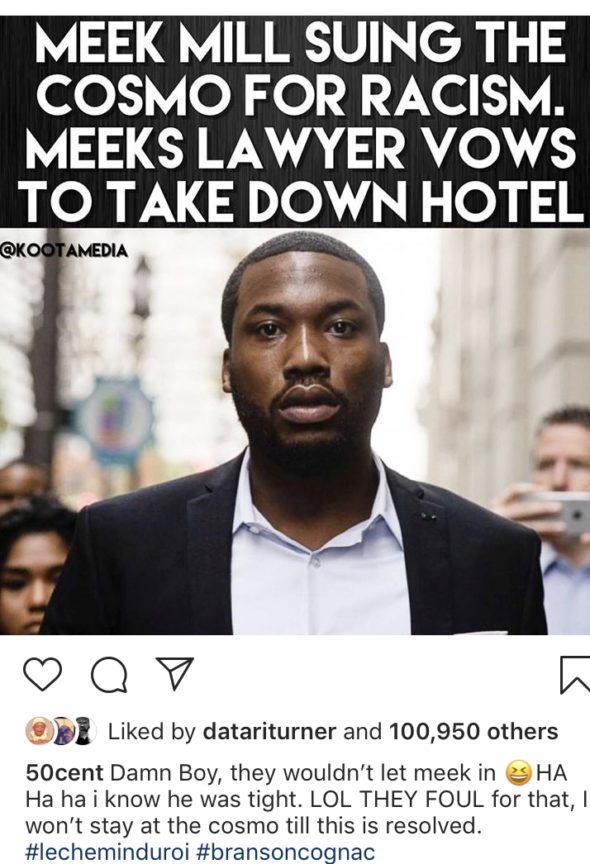 During the recent Memorial Day weekend, rapper Meek Mill claimed that he was racially profiled while at The Cosmopolitan hotel in Las Vegas where he was there to perform at popular hot spot Drais. Mill was reportedly at The Cosmopolitan to attend a party hosted by DJ Mustard, but was stopped by security denying him and his crew entry.

Mill took to Twitter to air out his frustrations, writing:

“If you come from our culture you should never step foot in the cosmopolitan hotel they just really racist as hell …. something really has to be done in Las Vegas what they doing to black people! They telling black rappers they are banned from properties they own without incident … they just told me I was trespassing and I will be arrested I stepped in that hotel once at a jayz party without incident! The cosmopolitan hotel …. and it’s a few other hotels that be doing this to black entertainers because they don’t want too many blacks on they property! Vegas notorious for this too its not just me!!!! I needs lawyers ASAP y’all not gone treat me like I’m just a rapper and expect me to be quiet”

He followed up his tweets with video footage of the incident:

However, The Cosmopolitan shot back, providing their own explanation of what happened:

“Marquee Dayclub had reached capacity per Las Vegas Fire Marshall code. Earlier that day, Las Vegas Metropolitan Police had been called onsite to manage a larger than usual venue crowd. Accordingly, when Marquee Dayclub was contacted in advance of Meek Mill’s arrival, security staff clarified that he would not be granted access because of capacity issues, in accordance with both club and resort policy. Upon his arrival, it was reiterated to Meek Mill and his team for a second time that access to the venue was not permitted. Meek Mill refused to depart property and was then informed that any continued attempt would result in trespassing.”

Now, The Cosmopolitan has apparently had a change of heart—recent reports state that the hotel is planning to publicly apologize to Mill over the incident in question. Inside sources close to the situation say that The Cosmopolitan will issue a “significant public apology” expressing regret and accepting fault when Mill was told to leave the hotel.

Before news of the public apology broke, Mill’s attorney Joe Tacopina was prepared to file a lawsuit against the hotel, citing racial discrimination and defamation. Tacopina claims The Cosmopolitan has a blacklist for black rappers, claims which the hotel denies.

Since The Cosmopolitan is set to apologize, there will be no lawsuit filed against them by Meek Mill.

What are your thoughts on Meek Mill’s claims of discrimination at The Cosmopolitan? Let us know in the comments! 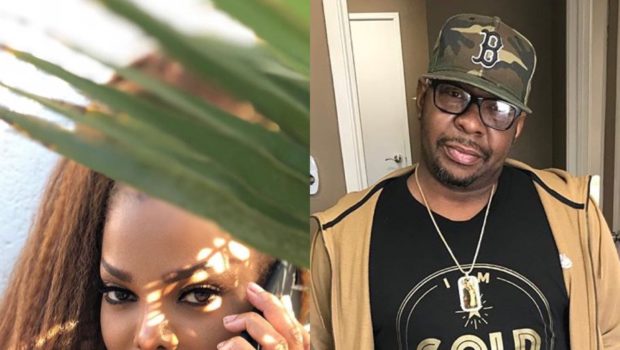