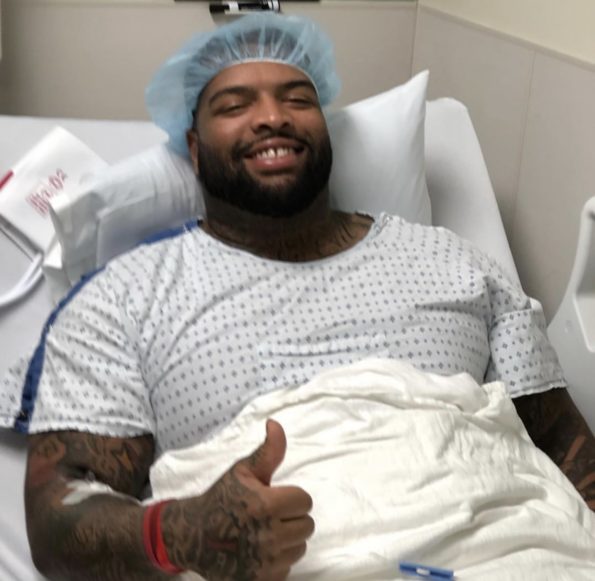 Over in Washington D.C., the Redskins aren’t just having issues on the field, the team was put on full blast by star tackle Trent Williams, 31, on Thursday (Oct. 31st). While sitting in the team’s locker room at the team’s practice facility in Ashburn, Trent Williams vented his frustration with the Redskins organization. He alleges that for the last six years, team doctors failed to take his concerns seriously on a growth on his head that was later diagnosed as a rare form of cancer. He states,

“I almost lost my life.”

“It was cancer. I had a tumor removed from my skull, attached to my skull, it got pretty serious for a second. I was told some scary things from the doctors. It was definitely nothing to play with. It was one of those things that will change your outlook on life.” 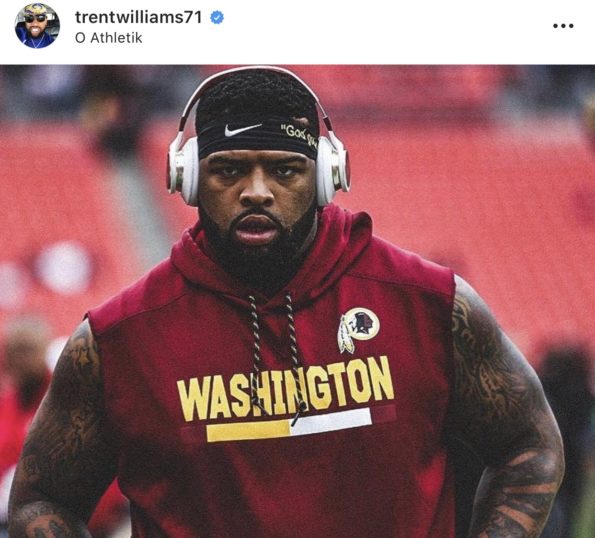 The star tackle was later diagnosed this offseason with a cancer called Dermatofibrosarcoma Protuberans, or DFSP, a soft tissue that develops in the deep layers of the skin.

In a video, Trent Williams describes when he first noticed the mass in 2013 and says he asked the doctors about it but was basically given the cold shoulder. As the mass continued to get bigger each year, he said the team doctors continued to tell Williams the growth was nothing to worry about.

“I mean, the lump continued to grow over the years. It was concerning, but there was no pain involved, and if I’m being told by the very people I put my career in the hands of, people are telling me I’m fine, I’m fine. That’s how I looked at it.”

Trent Williams said he almost lost his life. Was scary and still is. #redskins pic.twitter.com/M5fXH3ikGa

Williams says he has lost his trust in the Redskins organization after their failed attempt to give him the correct medical treatment,

“There’s no trust there. There are some things that happened that are hard to look past.”

In a statement released in responds to Williams’ claims on Thursday evening, the Redskins said they’ve requested that the NFL’s Management Council and NFLPA review the medical records,

“We have requested this review under the NFL’s Collective Bargaining Agreement that provides for an independent third party review of any NFL player’s medical care,” the statement read. “The Redskins continue to prioritize the health and well-being of our players and staff. Due to healthcare and privacy regulations, we are unable to comment further at this time.” 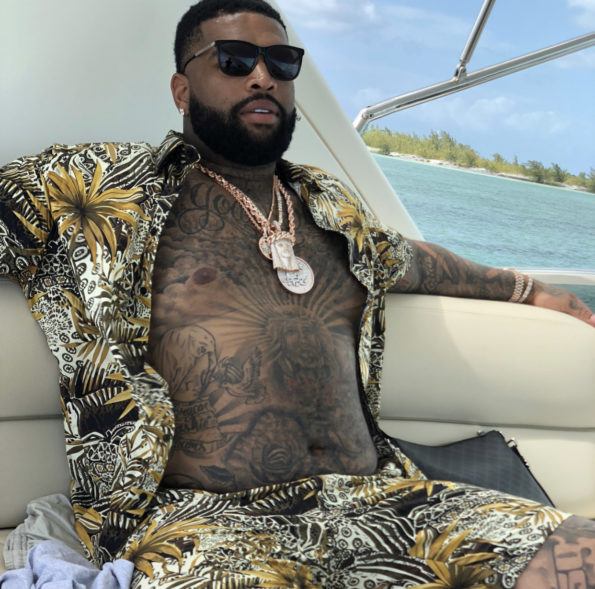 According to reports, Williams recently failed his physical on Wednesday (Oct. 30th) morning, when he was unable to fit a two different helmets on his head. His surgeons cut out reportedly 30 percent of his scalp to remove the cancerous tumor.

In the end, Williams says he has no plans of retirement and his biggest concern was making sure the cancer was removed. The star tackle will have to have follow-up with his doctors every six months to be sure the tumor won’t return. 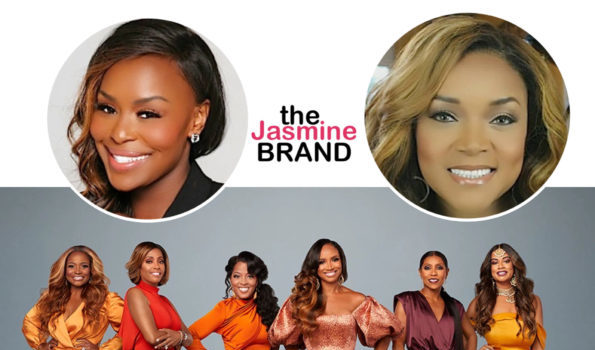 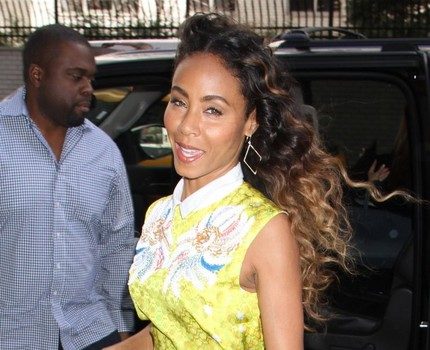