Issa Rae: I Want to Deserve to Be Here & That’s Part of What Keeps Me Up At Night

Since she’s come on the scene, Issa Rae has been known for being unapologetically black and rooting for everybody black and female.

In the May 2020 issue of Cosmopolitan magazine, Issa Rae explained:

Issa Rae, who just celebrated the 5th season renewal of INSECURE came on the scene in February 2011 with her Youtube series, The Mis-Adventures of Awkward Black Girl .  After going viral and experiencing amounting success, Issa has stuck to her roots while opening the door for others.

In 2014, Issa Rae and Deniese Davis founded ColorCreative to increase opportunities for emerging writers and exceptional storytellers in Film, TV, and Digital, focusing exclusively on diversity.  She has only continued to brighten her star power from there.

The Senegalese actress, writer, and producer has garnered more success as she branched off into TV projects and popular films such as The Photograph and Little.  Issa states,

Even with all of the success and eyes watching, Issa remains grateful for where she is. She confessed,

“It almost just feels like I fooled people. Ha, ha, you put me on a magazine cover…The blessing is like, Okay, I can for sure make my own opportunities, and that’s fun. But I also want to be able to…I want to deserve to be here, and that’s part of what keeps me up at night.”

What are your thoughts on what Issa had to say? Comment and let us know! 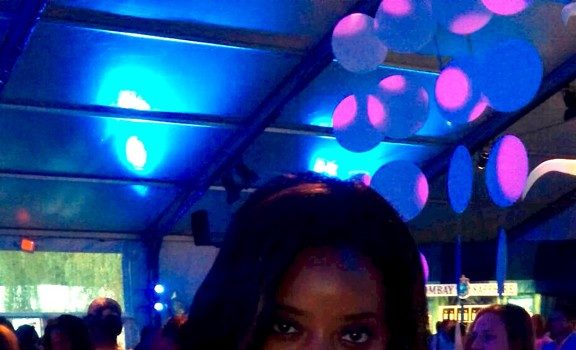