Brandy has a few words after her former TV mom Thea Vidale appeared to support Monica ahead of their iconic Verzuz battle.

Before Brandy and Monica went head-to-head last month, Thea Vidale, who played Brandy’s mom on the sitcom “Thea”, seemed to make it clear on Twitter that she was supporting Monica as she accused Brandy of being disrespectful. 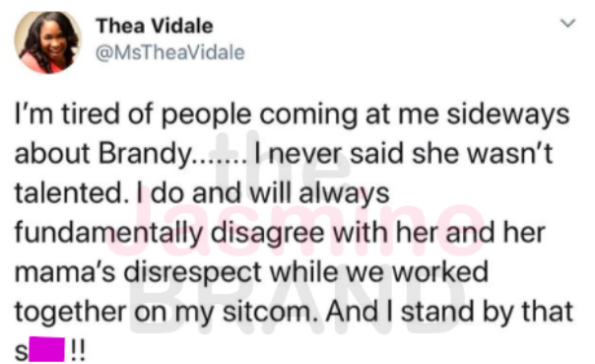 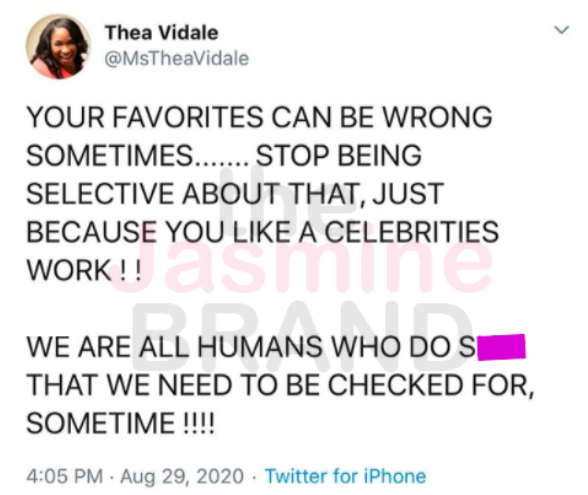 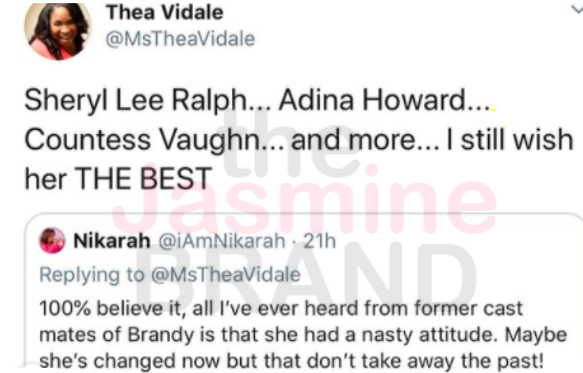 It’s not clear if the tweets actually came from Thea Vidale, but Brandy has now responded to them.

“She didn’t have an altercation. I would just have to say that Thea didn’t really treat me the way that I deserved to be treated. I was a child. I respected her and I loved being on her show. I felt like that was the stepping stone to get to my music career.”

“I think that maybe she’s just a little bit bitter, because I haven’t seen her do a lot since then. So I think it was just a way to get attention. I honestly believe that. She needs a little love right now.”

“Thea” ran for one season from 1993 to 1994. Brandy went on to star in the hit sitcom “Moesha” for six seasons, which has now made its way to Netflix. Brandy also reacted to current-day criticism that her TV dad on “Moesha”, Frank Mitchell, played by William Allen Young, appears toxic.

“You know what, I haven’t even paying attention. I’ve just been so thankful that it’s on such a platform like Netflix and it’s been trending forever. I’m focusing on the possibility of us doing a reboot. My dad can make up for all of that in the reboot.”

What are your comments on Brandy’s response to Thea Vidale? Comment and let us know! 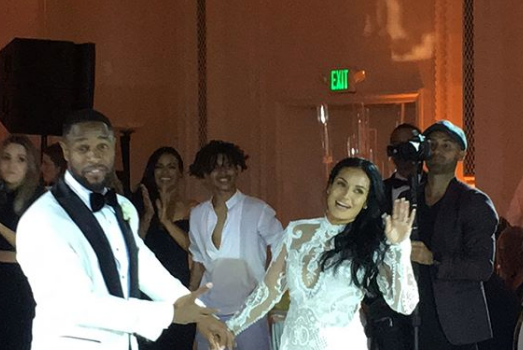