Andrea Kelly Slams R. Kelly’s Supporters – “F*ck you and him!”

Andrea Kelly – ex-wife of singer R.Kelly – is speaking out against victim shaming. Like many survivors who choose to speak against their abusers, Andrea has endured hateful comments insinuating that if she were truly abused, she should have spoken out earlier. She’s given deeply revealing interviews recounting her violent encounters with her ex husband on talk shows, as well as several radio shows. Unfortunately, some diehard R. Kelly fans question the validity of her domestic abuse. Andrea recently posted,

Domestic Violence Survivor: no longer ashamed, no longer afraid, I was never to blame, There’s no expiration date on your healing!, It’s neevr to late to speak up! Never!

She reposted her caption from that post in a separate post to reiterate her feelings on victim shaming and sharing her truth. Her caption reads:

In the words of #neneleakes “I said what I said!” ?

First I’d like to say thank you to all my #DREAmers and those who support me on this journey. To the ones that come on my page to spew venom and #victimshame You are by far the biggest supporter of my abuser. By you shaming me and any other victims you’re helping the abuser accomplish their task of belittling, intimidating, and discounting all the abuse they’ve put the #victim and #victims through! PERIOD! No two ways about it. I almost allowed you and your hate to overshadow all the LOVE AND SUPPORT I RECEIVE. But you WILL NOT stop me from saving lives and giving hope to those who are where I was. I AM A VOICE FOR THE VOICELESS! I am a #SURVIVOR OF SEXUAL ABUSE *EMOTIONAL ABUSE* PHYSICAL ABUSE *ECONOMIC ABUSE at the hands of my EX husband. For years I was fearful to come forward with my FULL truth. You trolls pass judgment and say that I never spoke of it before now but clearly you have not been following me or my journey if you look on my Instagram you see where I HAVE POSTED several times about being a survivor of domestic violence. Just because your curiosity wasn’t satisfied DOESN’T MEAN my HORROR WASN’T REAL….like for real FUCK YOU AND HIM! To my #SURVIVORS I LOVE YOU ALL AND WE GOT THIS! To the ones still in it YOU ARE NOT ALONE! You will get away I DID ???”

As we previously reported, Andrea recounted a specific incident during her Inside Edition interview:

He’s definitely a monster…I often say I spent 10 years being married, but I don’t know what it’s like to be a wife…what was supposed to be my big beautiful mansion ultimately became my prison.

I was tied up and left on the side of the bed, and he went to sleep. 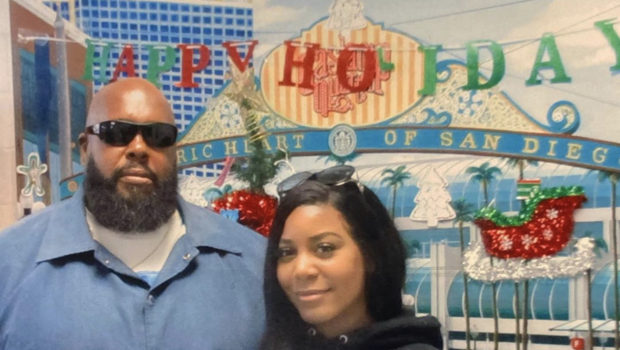