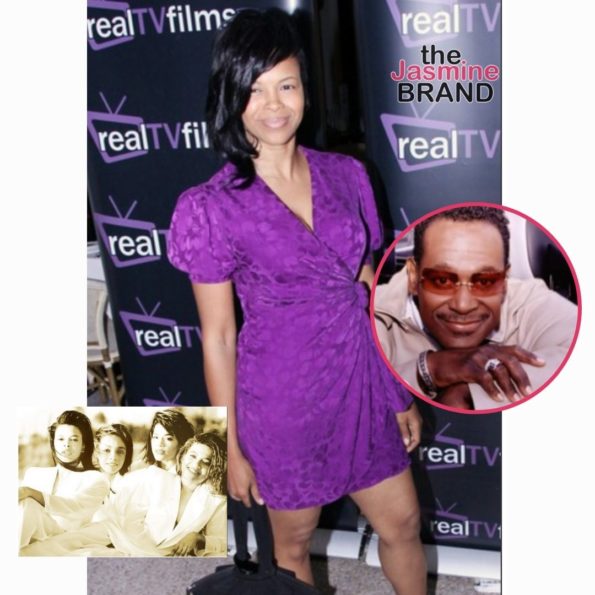 She said in an interview that although he agreed to the group joining him on tour, Luther Vandross didn’t really care for the group.

Adding that in their contract the group was restricted from wearing certain colors like red, white, blue, or black.  They also could not wear anything that would attract light such as sequins, or anything flashy, which is what girl groups would typically wear.  She says that although hesitant, they signed the contract anyway because they wanted to tour with the R&B icon.

Dawn Robinson adds that Luther Vandross would allegedly watch their rehearsals to make sure they weren’t breaking his rules on attire.  She says that there was even a time that Luther Vandross called the cops on the group because they passed his dressing room to get to the stage.  The incident was written in the 2004 biography, Luther: The Life and Longing of Luther Vandross.

“He called the police on us when we were in Miami because he said we walked past his door to go to the stage.  He wanted us to take a cart and have one of those golf carts drive us around to the front of the venue of the coliseum, with all the fans at the concession stands buying stuff. He wanted us to drive all the way through the hallway, go to the front of the building and walk down the steps past all the fans…and walk to the stage. ‘Do not pass my door.’”

She continued and said that he called the police on the group because of the mixup.

“He called the police. The police showed up.  The police were like, ‘Oh my God, we thought you guys were tearing the place apart.’”

Even after the experience with Luther Vandross on the road, she still doesn’t blame him for his outrageous requests.

“It was not his fault. We got on the road. We signed that contract.  I just think that he could have been like a little less of a stickler.”

Luther Vandross even reminded the group while on tour.  She says that he told the ladies,

“What he meant was, I have these girls who are here with me, Ava [Cherry] and Lisa [Fischer]. They are the ones that I want dancing around on stage with sequins hitting their dresses. I want them to catch the light.  That’s why you guys signed the contract.”

Even with those experiences,  Dawn Robinson says she learned a lot from the life-changing time on tour with Luther Vandross.

“He had a vision and this was his show.  Yeah, he was mean to us. It was very rough. But we learned a lot from him and he was amazing. I wouldn’t change anything.”