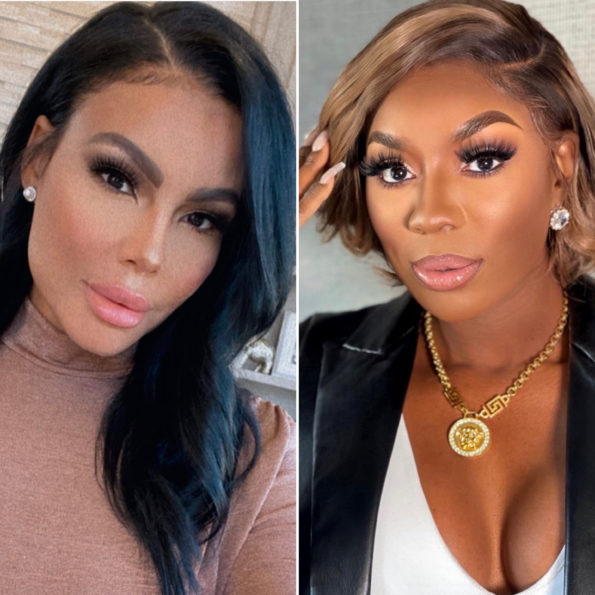 Mia Thornton is seemingly taking accountability for her actions after she threw a drink in Wendy Osefo’s face in the latest episode of “The Real Housewives of Potomac.”

On Wednesday (Nov. 23), “RHOP” star Mia Thornton took to Twitter with a message after taking down her account. She wrote:

“Reactivated to say, My actions towards Wendy was intolerable. It’s unfortunate that you all will attack my family, friends and my businesses based on an edited tv show.”

“While I was committed to drama and entertainment I must do what’s best for [my] brand & partners. Much love, Mia.” 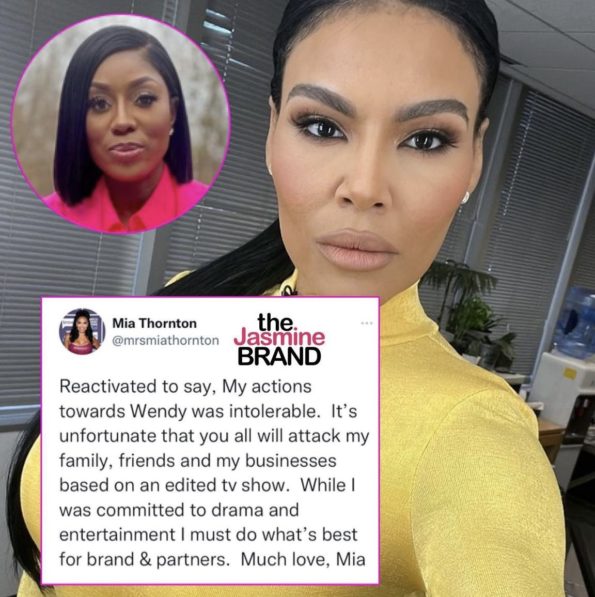 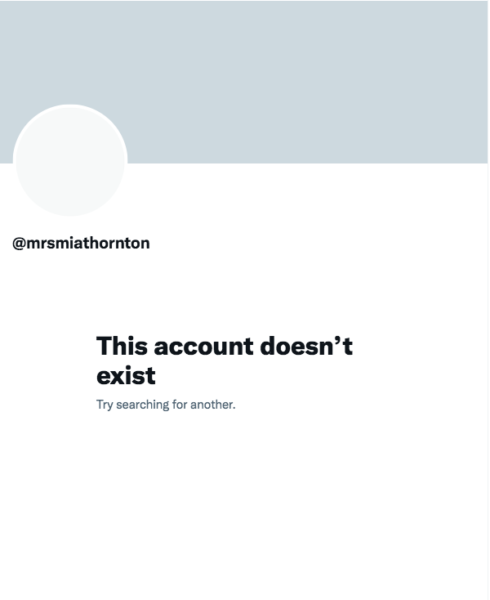 “I take FULL ACCOUNTABILITY, I was wrong. No one deserves to be treated with disrespect. I’m sorry I let you all down.”

In an IG post, she noted that she’s ready to move past the drama. 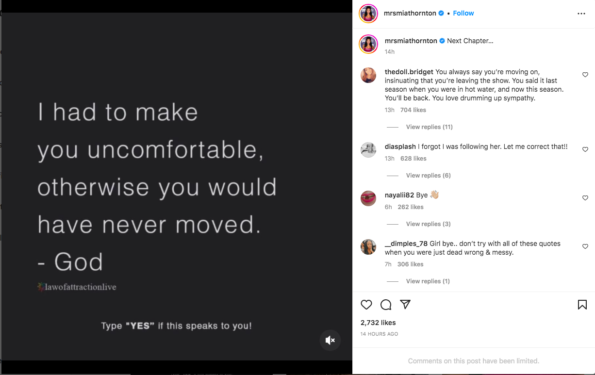 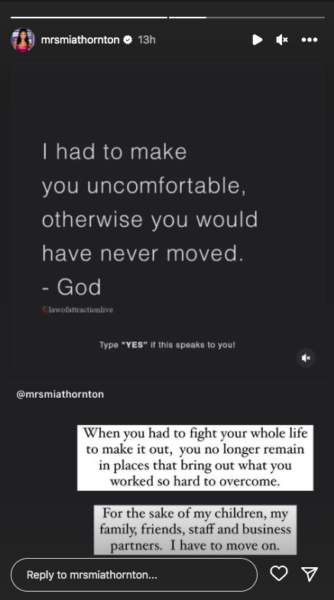 In a recent episode of “Real Housewives Of Potomac,” things got heated during the girls’ trip to Miami. While the ladies sat down for dinner, a conversation between co-stars Mia Thornton and Dr. Wendy Osefo got ugly and a little violent. The drama started after Mia Thornton confronted Wendy Osefo for having alleged “beef” with her friend Peter Thomas — former “RHOA” star and Cynthia Bailey’s ex-husband. However, Dr. Wendy quickly shot down any allegations that there was an issue between her and Peter. She said, 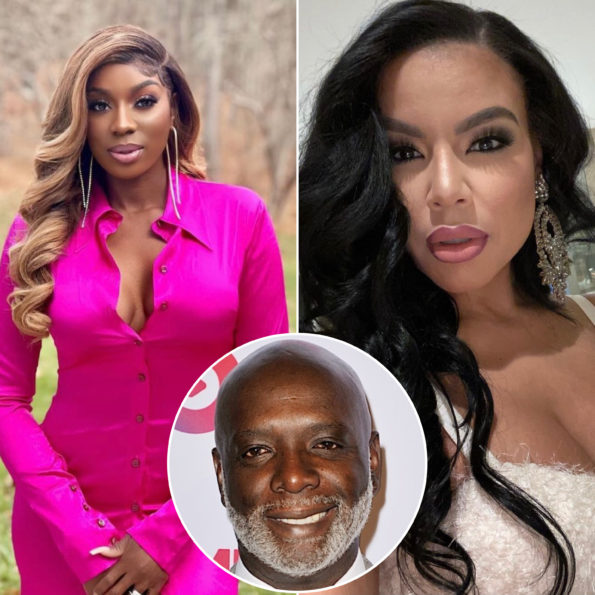 “Wendy don’t start it because that’s my f*ck*ng family.”

Wendy continued, standing firm that she doesn’t have “beef” with men.

“If he has beef he can call my husband.”

In a confessional, Dr. Wendy Osefo explained she and Peter Thomas spoke about meeting up so he can collab with her on a potential restaurant. However, according to Wendy, after asking to conduct a walk-through of the potential restaurant site, she never heard back from Peter.

As the conversation became more heated, Mia seemingly became agitated by Wendy’s point of view and threw a glass of alcohol into her face without warning. 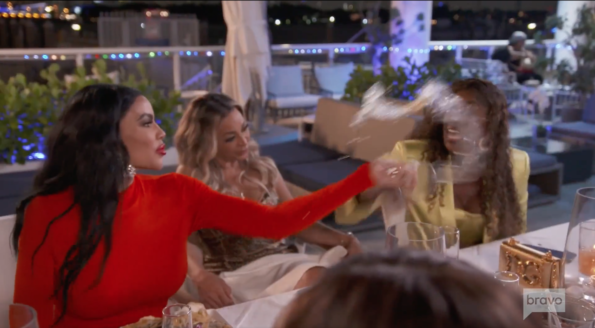 Mia Thornton has since received major backlash for her actions towards Wendy Osefo. 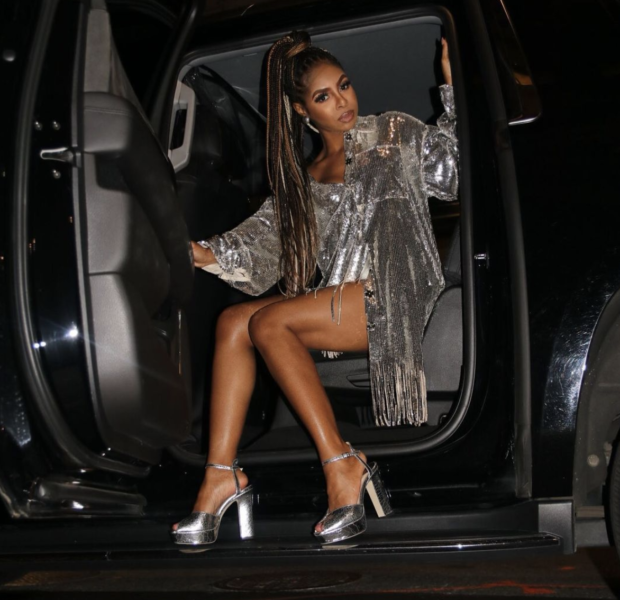 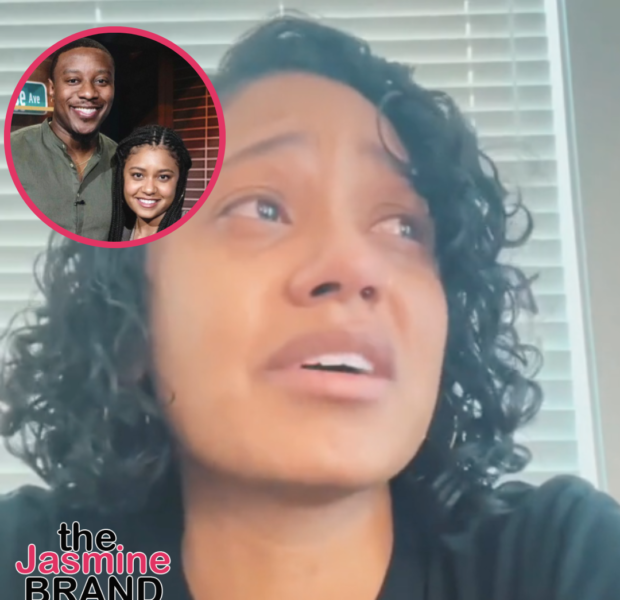 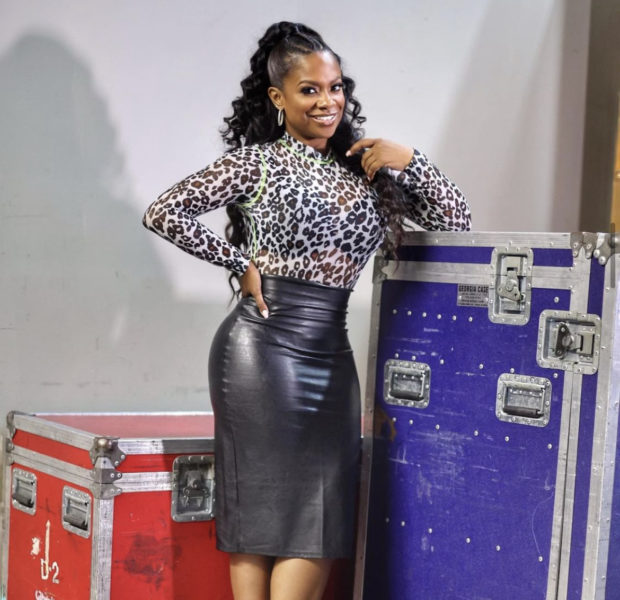 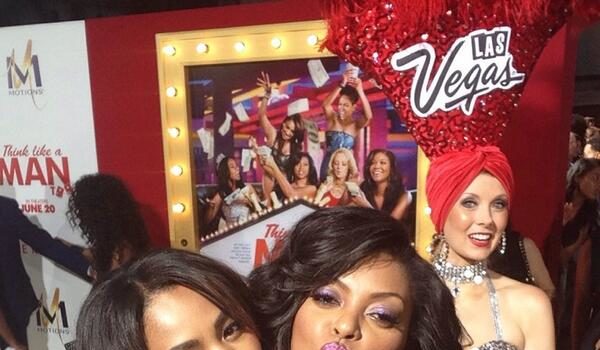 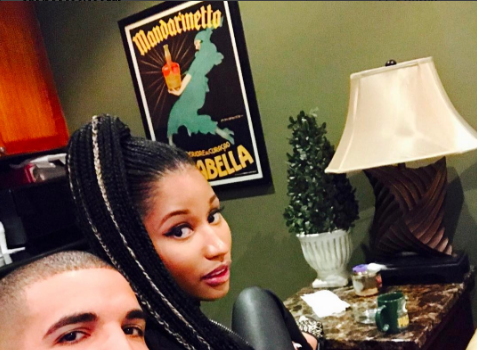