Jhene Aiko is dedicated to her art in more ways than one. The singer has been tatted up for many years, and has decided to get more. But shockingly, she’s covering all of her tattoos with new art by celebrity tattoo artist Miriyam Lumpini – even her full forearm tat of her ex-boyfriend Big Sean.

Jhene is considering the covering of these tattoos a part of her evolution. She told her Twitter followers that it’s no shade towards Sean. She tweeted:

“i covered ALL my tats w/ a big ass Dragon w/ a Phoenix wing breathing life and light into a new galaxy. NEW ART!  NO BEEF! ALL LOVE!”

Jhene also added that her stance on spirituality hasn’t changed, despite having her bible verse tattoo covered. She said:

“@jheneaiko don’t let this distract you from the fact that i also covered my Buddha and bible verse… but still love and respect Buddha AND Jesus lol. have a good day, kids”

Jhene Aiko and Big Sean reportedly quietly split this past May, with the two unfollowing each other on social media.

A few months before their alleged split, we broke the story that the pair were having some relationship challenges, after Sean allegedly was caught flirting with another singer. The singer was so shook that she posted a cryptic message to her Instagram story, mixing up her words. She posted:

Maybe these new tats are a new beginning for Jhene as well! 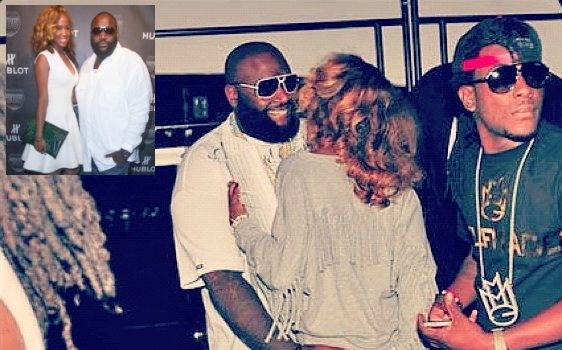