American actor Leslie David Baker is one of the latest celebrities to be a target of racist comments. He recently posted messages he’s been receiving online.

As previously reported, Leslie David Baker, who played Stanley Hudson on the hit television series The Office, launched a Kickstarter campaign to help fund his latest project Uncle Stan. Uncle Stan is a spin-off from The Office that centers around the life of the character Stanley Hudson.

As exciting as a possible reboot of The Office might be, not everyone seems to be a fan. On Tuesday (August 11) Leslie David Baker shared on his Instagram page a couple of hateful and racist comments he’s received about his Kickstarter campaign. He captioned the images:

“For those of you who don’t believe racism is still alive in the world… here’s the proof. Our goal has simply been to entertain and give the fans a quality series. These rants are evidence that there is still a great deal of work that needs to be done here in America regarding racism. Bigotry and hate will not be allowed to irradicate art or Black people. Enough said.” 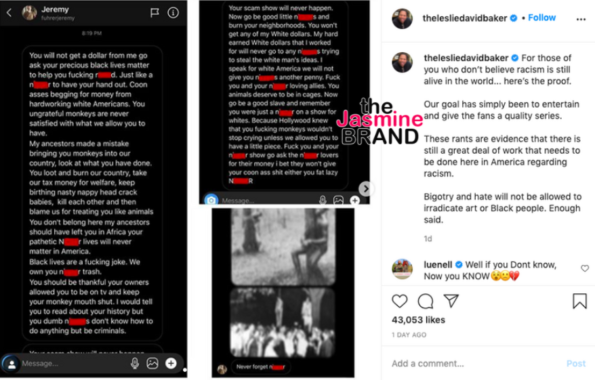 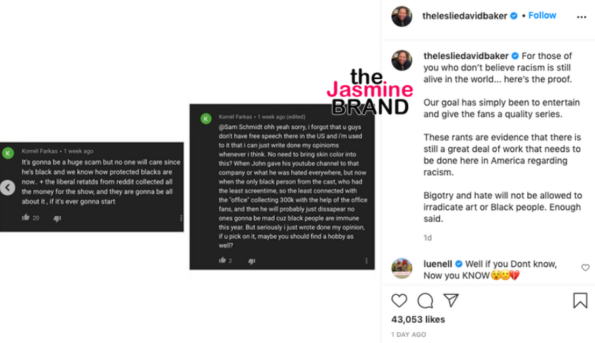 Leslie David Baker did an interview and further discussed the racist comments he’s been receiving.

“All is not well in America. America has a very sick problem with racism and racists. And as an actor, we’re often told, ‘Oh yeah, people love as long as you’re there to entertain them and make them smile and laugh and giggle.’ But the moment you talk about how people who look like me, black people, are treated, then all of a sudden people get uncomfortable, and they start squirming and wiggling, and saying, ‘Oh no, it’s not that bad.’”

Leslie also shared why he decided not to delete the ignorant comments.

“America has done that too long and too often, because when you confront people and you acknowledge that these things are happening in this country, people say, ‘Well, that makes me uncomfortable. I don’t want to have that discussion. I don’t want to talk about it.’ Or they will scream that in some way it’s reverse discrimination exists, which is no such thing. Nothing like that exists.”

What are your thoughts on the actor sharing the messages he received? Let us know in the comments. 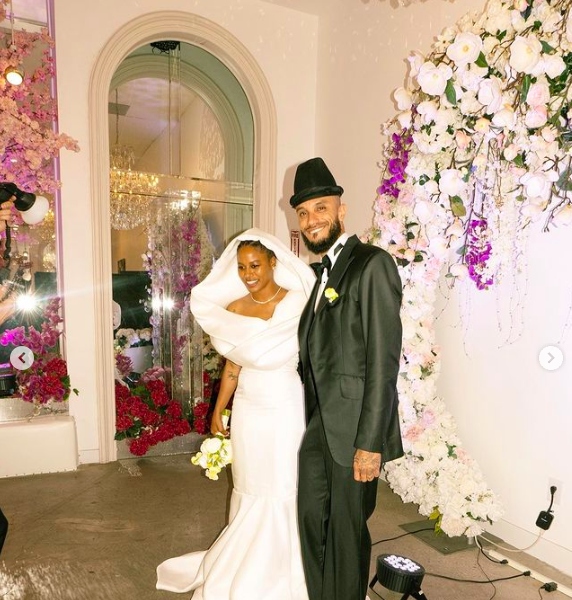