Saweetie Updates Fans After Multiple Album Delays: It’s Baking & Will Definitely Be Worth The Wait

The self proclaimed “Icy Girl” took to her Instagram recently, assuring the “Icy Family” that her first studio project Pretty B***H Music is still cooking, and will be well worth the wait. Saweetie, born Diamonté Harper, released a single earlier this year – expectedly from the album – titled “Closer” ft. R&B singer H.E.R. However, after multiple delays, it seems fans will still have to wait a little while longer for the full-length project.

“These past couple of years have been a growing experience for me as an artist, human, but most importantly a WOMAN,” 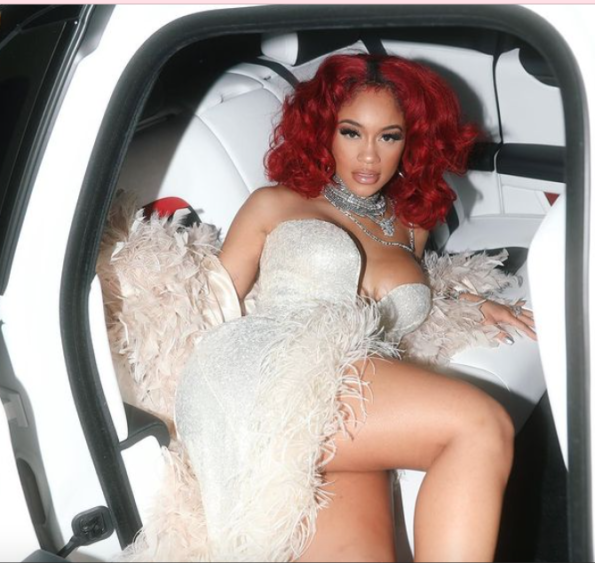 “I have realized my purpose with the platform God has given me which is why I have taken my time with releasing music this time around. Through hours of self-reflection I have realized that Pretty B.*.*.*.H Music is not an album—it’s a movement. It’s a culture. It’s a language. It’s a lifestyle. We not rushing art, we taking our time! This ain’t no microwave sh*t! It’s baking & it will definitely be worth the taste.” 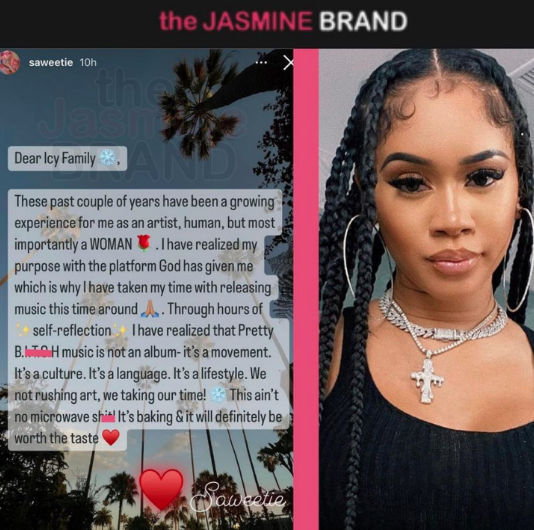 The 28-year-old musician’s reasoning for her delayed album certainly aligns with her actions as of late. As previously reported, the “My Type” artist popped out with a fully shaved head last December following her breakup from fellow rapper boyfriend Quavo. Earlier this month, Saweetie revealed that the motivation behind her big chop was self-love, stating:

“I think getting in touch with your natural style is important, because it’s a part of self-love, self-care. If you can’t appreciate one part of [you], then you can’t appreciate yourself as a whole. I know this because I’ve struggled with different areas of loving myself.”

According to reports, Saweetie originally discussed the album delays during an interview with Big Tigger. The musician stated she was “really living with it to ensure each song was fully developed”, citing she was inspired to push herself after her mother reportedly called the project “a body of work with no soul”. 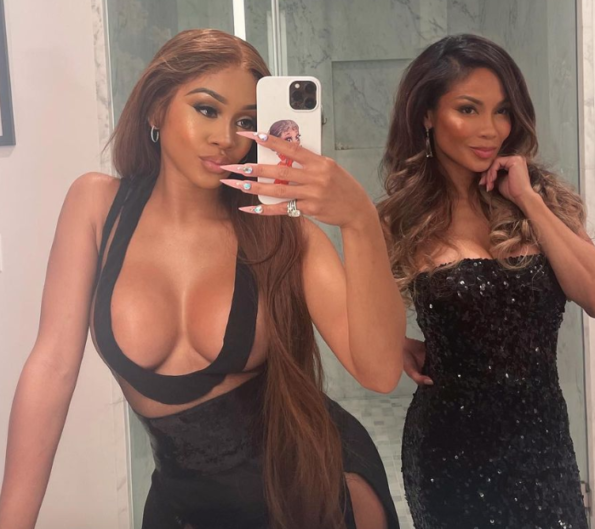 Additionally, during the interview, the hip-hop artist noted a major goal she’s pursuing with the project is to “have people feel something with every song.” It seems that concept has remained true as the album comes closer to completion!

Are you excited to hear a full-length project from Saweetie? Give us your thoughts in the comments. 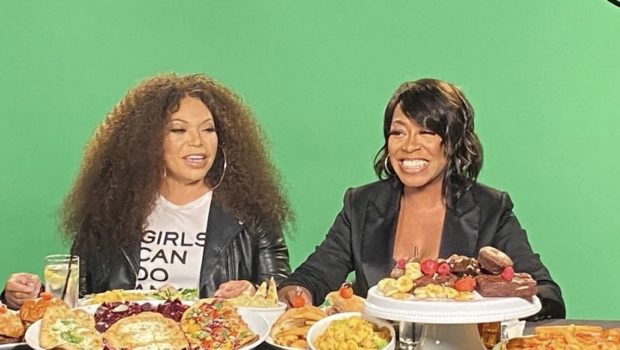