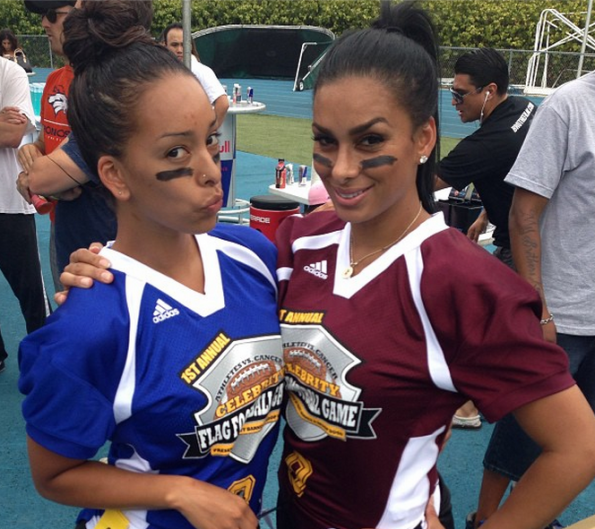 I guess it’s safe to say, Basketball Wives of LA is officially out of the cards for the Govan sisters.

In a recent interview with us, Gloria Govan confirmed that she and sister, Laura Govan, are working on a new show, about what their life is REALLY like. The show will feature Gloria, Laura and their respective NBA baller husbands, Matt Barnes and Gilbert Arenas. Gloria also shared details about her wedding, joking about why she walked down the aisle to Tupac’s All Eyes On Me. Check out our interview:

The inspiration behind the charity football event, Athletes vs. Cancer, hosted by Matt Barnes and Snoop:

Well, today’s event ‘Athletes vs. Cancer” is really to support Matt’s foundation – you know, his mom passed away of cancer. Both of my parents are cancer survivors so it’s something that really hits close to home and it’s several times. What’s unfortunate is you don’t know how many people have been affected by cancer until it affects you. And all of a sudden you’re like, “What?!”, you know, it’s like a snowball effect. We realized that people aren’t educated and just don’t have a lot of knowledge about cancers in general, so we really just – the foundation represents – just really trying to get people updated on just their bodies, and in general just staying health-conscious, especially for our young kids.

About her new cookbook:

My cookbook just got released; it’s called ‘A Mixed Girl’s Favorite Recipes’ so I’m really excited about that. It’s going on sale next week. You know, like you’ve said, Matt and I have a lot of mommy duties – like the boys are going to kindergarten and we are – I know, scary. I’m more scared than they are, I’m like crying and they’re like “What are you crying about?” and  “I’m just…” *sobbing* 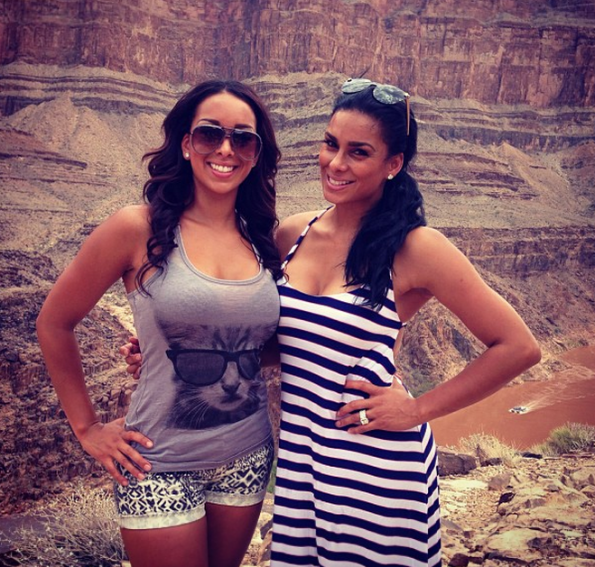 On rumors about her filming another reality show:

We’re working on a family show – me and my sister, Gilbert, Matt, all of our kids – you know, my sister has got like 18 kids. I [was] just saying “Gosh! You have a lot of kids!” Yeah, it’s really 4. But it feels like 18, because they’re all over the place. So yeah, we’re doing a lot of stuff. We have a lot of stuff that we’re doing together which is really cool. 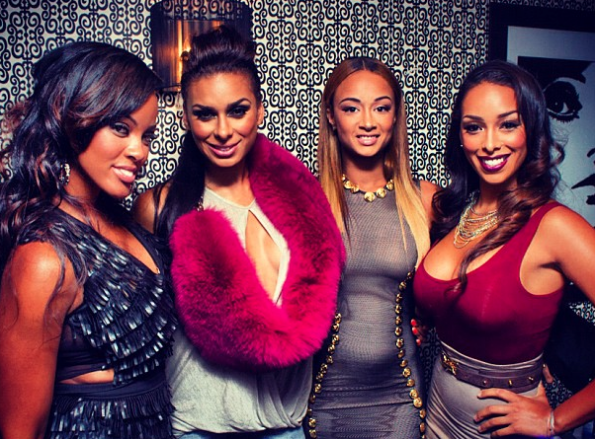 If the reality show will just feature their families or if there will be other cast members, similar to ‘Basketball Wives LA’:

So the show would be just the Govans. I mean the Govan sisters and their husbands and their families. You know Gilbert Arenas is one of the greatest players that has played. Matt is obviously, he just came off from one of his best seasons in his entire career so we’re really excited about what that one brings. But really, we just want to show people that the real, true grind of the basketball wives and just being what it looks like to be in that life. Mainly I think it’d really just show us and our families and how much stuff we really have going on.

If the new reality show has been picked up by a network:

We’re still working on it. We have a few actually, networks but we haven’t locked down on one yet. 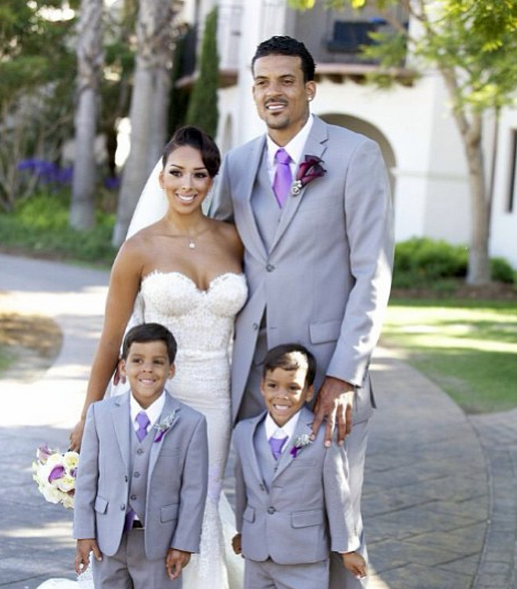 On her wedding day and how she ended up walking down the aisle to Tupac’s ‘All Eyes On Me’:

Yeah, well you know, that stuff’s just crazy. I walked out the aisle – ‘All Eyes On Me’ with Tupac. And it was crazy is that Matt actually picked out all the music – all the music! So I didn’t know what I was going to walk down to. I was like, “Yes, it’s going to be like Jesse Powell or like, you know some… I had no clue what I was walking down to, so I was like… “Alrrrrright boy”. And when I heard it, I’m like “Damn, that’s hilarious”. I stopped and posed at the top and then I kept on moving so it was amazing, it really was all ‘us’ – what we represent and just fun. We have been married for almost a year now so we really just wanted it to be crazy and that’s exactly what it was. 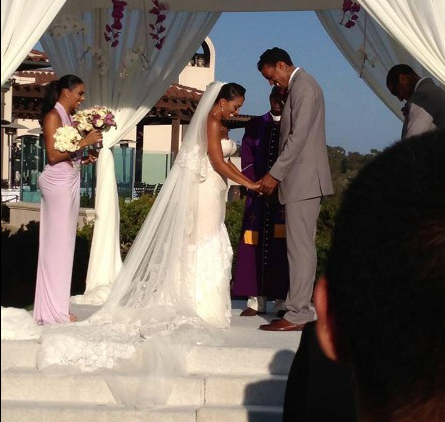 If being married and having the ceremony makes their relationship feel any different:

No, now you know… They’re like, “Where’s your ring?!” and I’m like “First of all, I’m playing football…”  You know what I mean? But yeah, no it’s different. Matt wears his ring all the time – which I love and I think it’s so cute – mainly because he can’t take it off because his finger’s broken… Whatever, I’ll take it! But yeah, no it really doesn’t, it just feels more I guess… solidified, more real. Now like when we get into arguments, I don’t kick him out of the house. Now I’m like, just go downstairs “Here you are!” Whereas before I’m like, “Pack your shit! Get out!” Now I’m like…. “Can you just scoot over?” You know what I mean? So, whatever. It just makes it more ‘real’, it’s cool.

Check out the full interview below 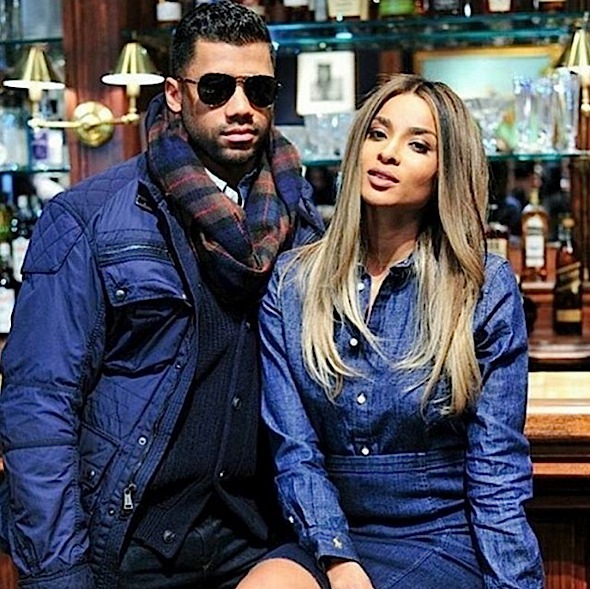 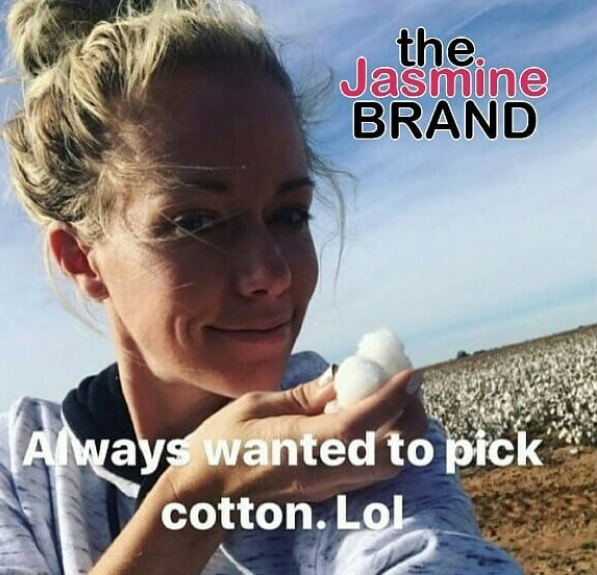 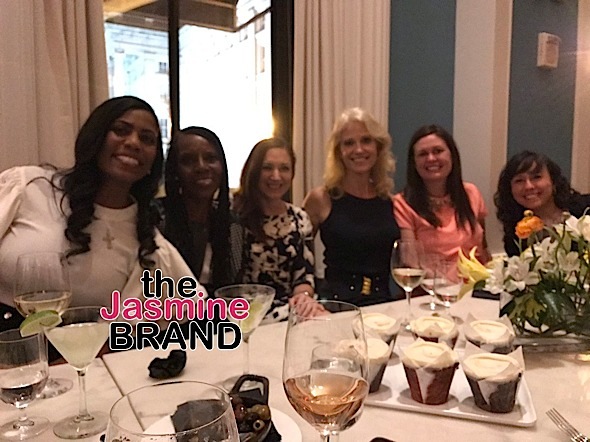 Sanaa Lathan Bit Beyonce, According To Sources: ‘It Was NOT Aggressive’
Exclusive
Post Slider