Amid the COVID-19 pandemic, there has been a lot of speculation surrounding professional sports and opinions on if leagues should resume their 2020 season. As of July 31, 95 players have reportedly tested positive for the virus, and in a new interview, Cleveland Browns’ Odell Beckham, Jr. states that he was ready for the 2020 NFL season to “not happen”. He explained,

“That’s how I feel. Obviously, with everything that’s going on, it doesn’t make sense why we’re trying to do this. I can understand basketball was already in the playoffs. Five-on-five basketball in an arena is going to be more intense than regular-season games. Hooping is different than playing an 11-on-11 contact sport where there’s 80 people in a locker room. We’re not ready for football season.”

The wide receiver continued on,

“So why are we trying to push forward? It’s obviously for their money. And that bothers me because there’s always been this — and I hate saying it like that — but the owners’ [attitude is], ‘Oh we own you guys,’ and just kind of that unfairness going on that they don’t see us as human. I just feel like the season shouldn’t happen and I’m prepared for it to not happen and I wouldn’t mind not having it.”

Reportedly, over 40 NFL players have opted out of playing in the 2020 season.  Watch the ESPN clip below.

Seattle Seahawks football star, Russell Wilson also spoke out about his concern returning to football with a pregnant wife at home. He tweeted,

I am concerned.
My wife is pregnant.
@NFL Training camp is about to start
And there’s still No Clear Plan on Player Health & Family Safety.
We want to play football but we also want to protect our loved ones.
#WeWantToPlay

Russell isn’t the only NFL player speaking out against the NFL’s lack of preparedness. Myles Garrett, defensive end for the Cleveland Browns, also expressed his concern tweeting:

“if the NFL doesn’t do their part to keep players healthy, there is no football in 2020. It’s that simple. #WeWantToPlay

If #AdamSilver can respect the voices and protect his @NBA players why can’t @NFLcommish do the same? Listen to your players. If we want to have a full season it will have to look different with OUR safety as the priority. @NFL make the necessary changes.#WeWantToPlay

Among the NFL players opting out of this season is Marquise Goodwin, the Philadelphia Eagles wide receiver who says he chooses to put his “family first” after recent losses that he’s experienced.  The NFL player has young children and a wife at home and didn’t want to put them at risk.

Odell Beckham, Jr. is clearly not alone in his thoughts towards returning to the NFL this season.  What are your thoughts on what he had to say?  Sound off below!

The Rock Reveals His Father’s Cause Of Death: He Went Quick, That’s My Old Man, He Was Always Quick
Exclusive
Post Slider 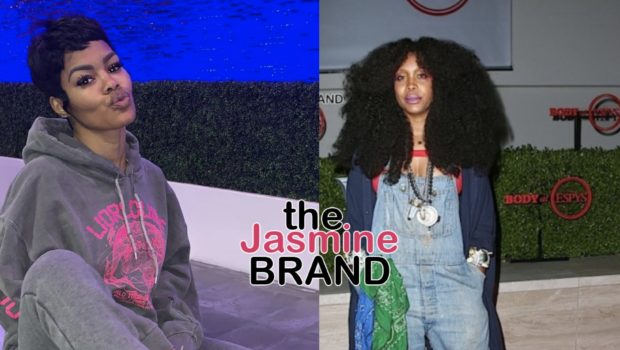